Being a western female rope top in Osaka Japan. 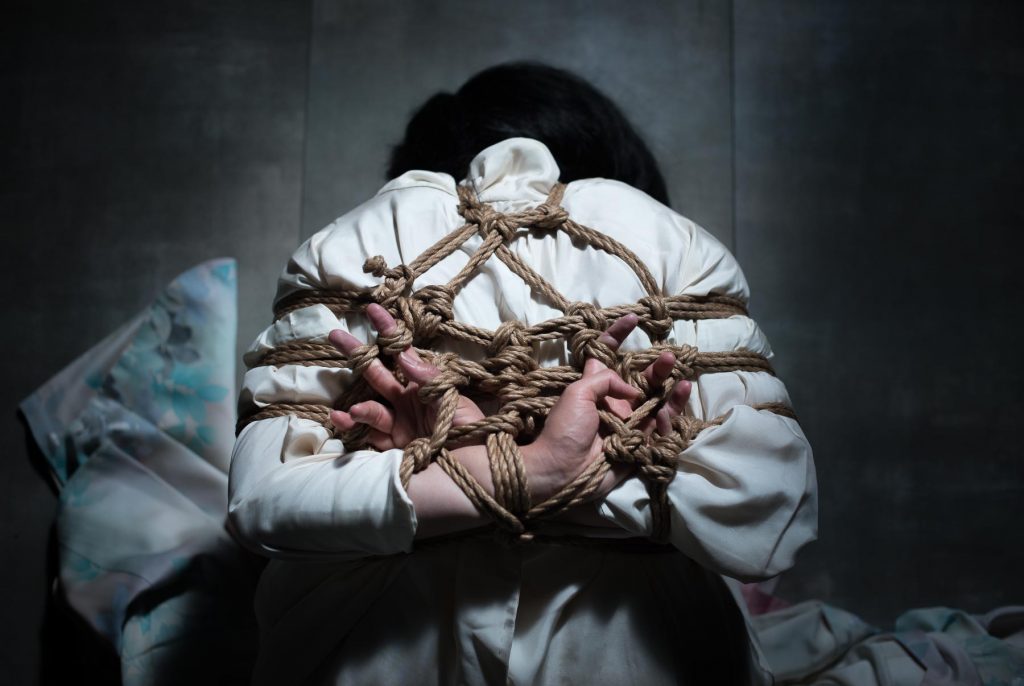 I first met Milla Reika in Osaka, Japan, 2009. New to the country, she overheard me bragging to my friends about a Japanese rope bondage show that I had been invited to. Upon hearing the word “shibari”, this Australian skater girl almost begged me to take her with me. I did.

Seven years later, as we [catch up for a drink at a local cafe], I find myself staring at the self-assured woman with a cigarette in one hand and a coffee in the other, marveling at what Milla Reika has become.

It’s been a long road to self-actualization for Milla Reika, and the road has had a few kinks in its path. Reeling from the intense exhilaration of that first shibari show, Milla threw herself into learning the art with the sort enthusiasm that only comes with youth. She spent hours studying the knots, ties and history of shibari, and we even tried our hands at photographing the art, but things only really took off when she walked through the doors of renowned S&M club Matrix After talking with the Mama-San about her interests, she was offered a job right there and then Too busy to teach Milla herself, the Mama-San recommended her to other rope masters in Osaka. Only a few months later, with coaxing from her mentors, she began performing locally around the city.

A year later, Club Matrix had closed it doors. The Mama-San would not reopen the club, no matter how much Milla argued for it—but instead, to Milla’s surprise, the Mama-San turned the keys over to the younger woman and told her to take over. Milla gladly accepted.

The male-dominated scene was jolted by the arrival of this young Australian girl not only topping, but running her own club. Her presence generated equal amounts of interest and reservation, and as well as navigating the shibari scene and learning Japanese business protocol, Milla had to earn the respect of the community. It wasn’t easy.

Milla quickly begun to receive attention for her performances, even from respected Riggers. Her performance skills, however, didn’t help the business of running a club. With limited industry experience, no networks and no history in the scene, Milla struggled to keep the Matrix afloat, and in 2015 the club closed its door for the second, and final, time. The rise of Milla Reika, though, shows no signs of stopping.

Milla and I meet at a cafe in Amemura (American Village, Osaka). She has just returned from a 6-month trip back to Australia, to reset and regroup, and today, she looks as commanding as she ever has. Detailing an exhausting schedule of photoshoots, performances and guest appearance, Milla looks anything but tired.

Over the next week, I am given the rare opportunity to tag along with Milla as she reintegrates herself back into the Osaka rope bondage scene, my trusty camera in hand. And, like everything about Milla Reika, the first Western female Rigger to rise to the top of the Osaka bondage community, it was eye-opening. 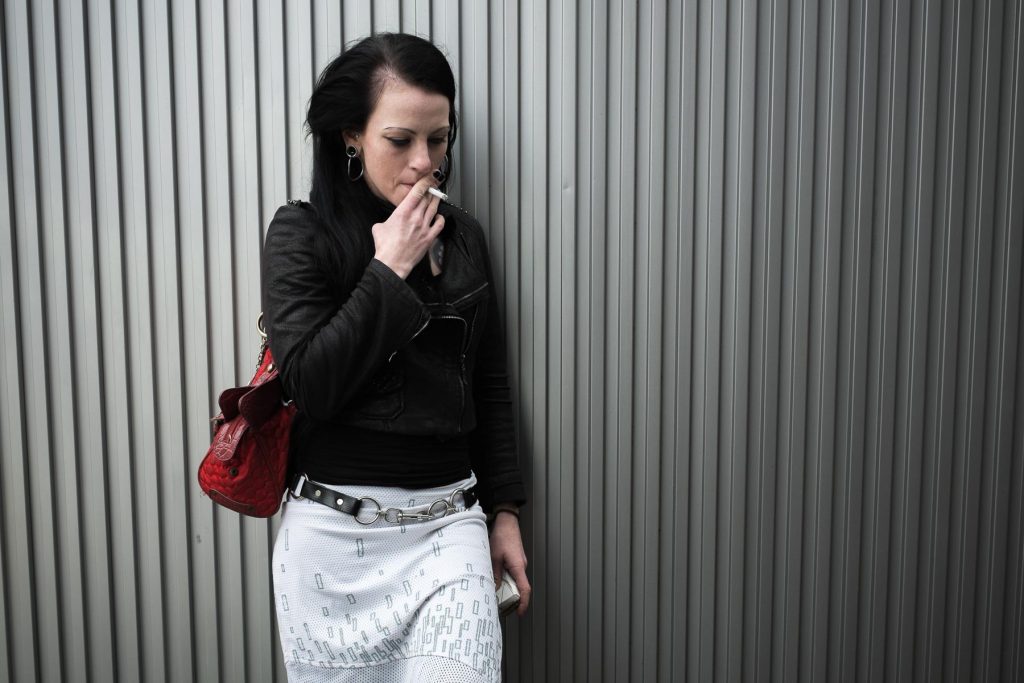 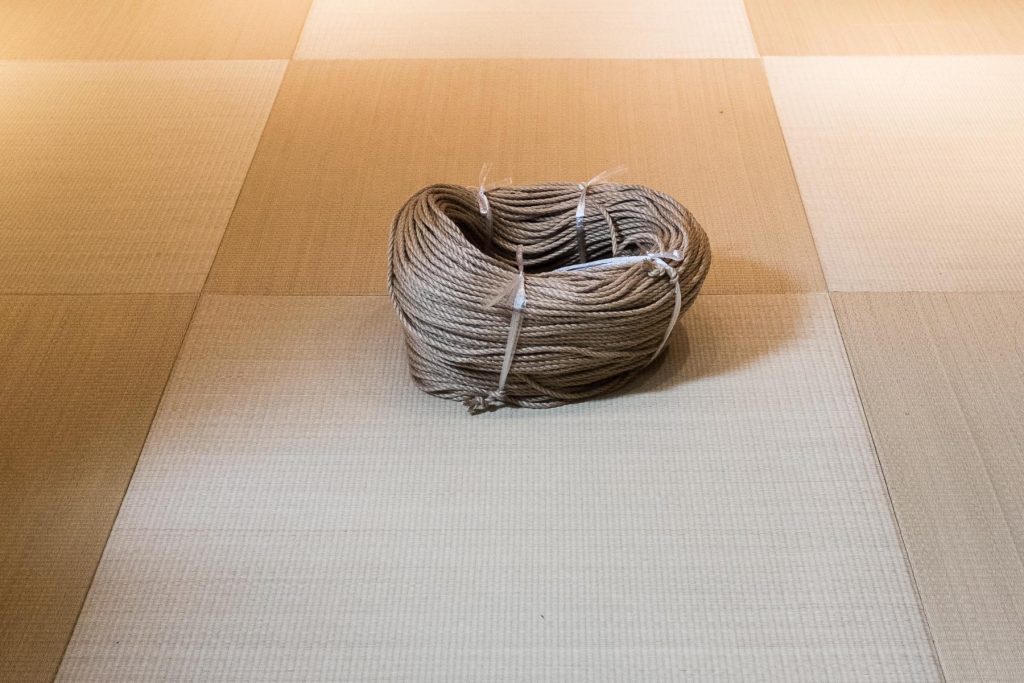 Not all rope is created equal. Jute is the most popular rope in Japan for Shibari. A rope artist considers their rope to be an extension of themselves. They take a great deal of care in selecting It. For Milla, she bought this bundle in bulk so that she can cut and treat it herself. 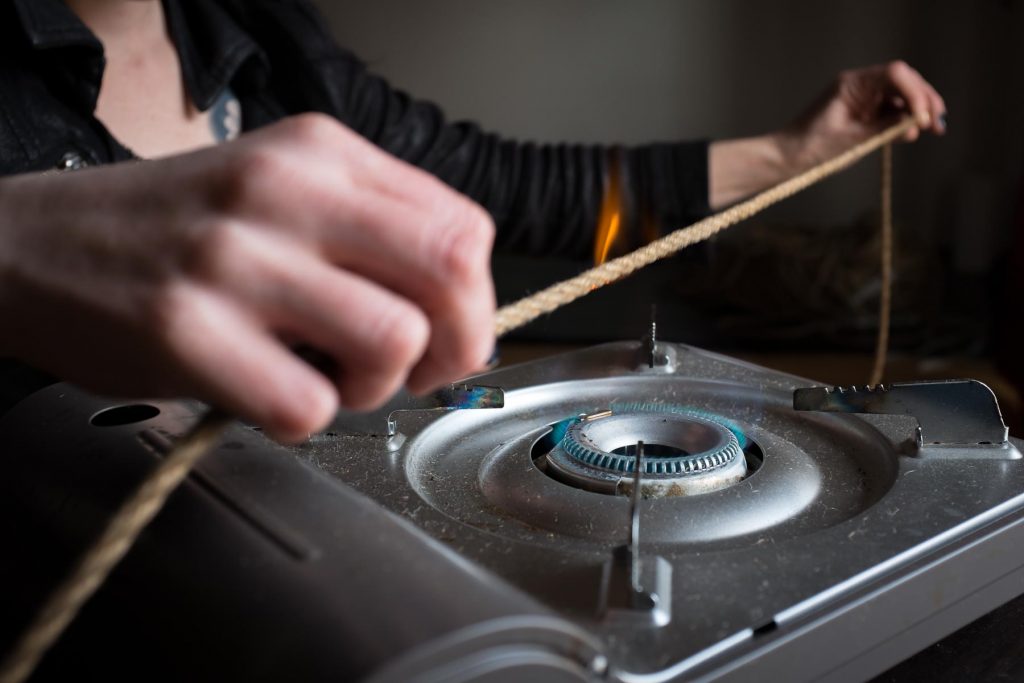 After cutting and stretching the rope Milla uses an open flame to burn off all the frayed bits for a clean and smooth length. 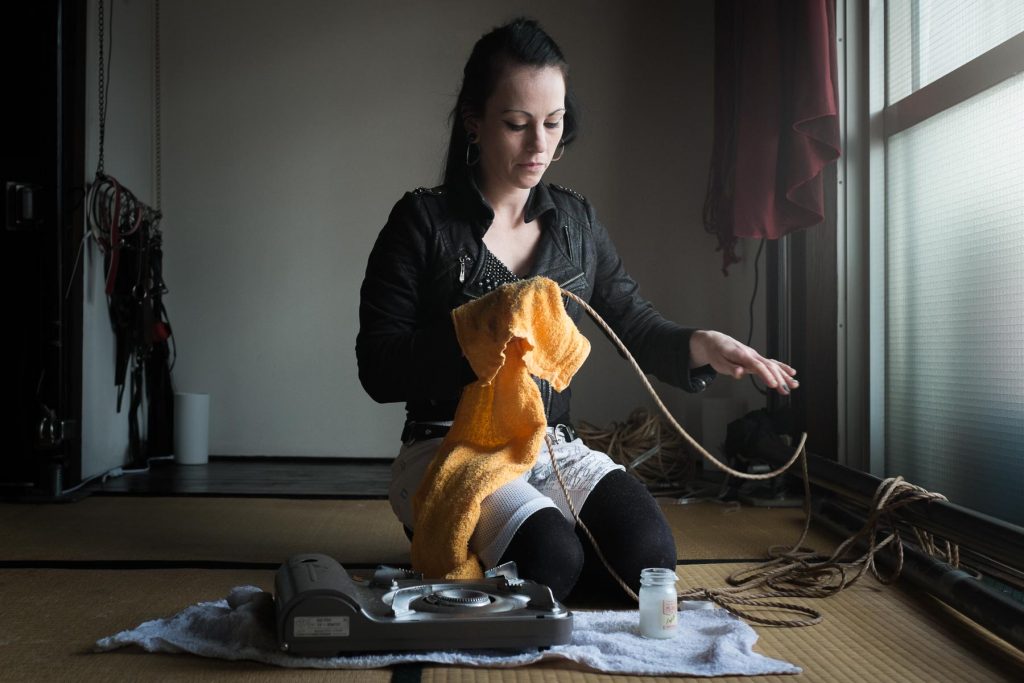 Milla finishes treating her rope by by working in a little bit of horse oil for the desired feel and texture. 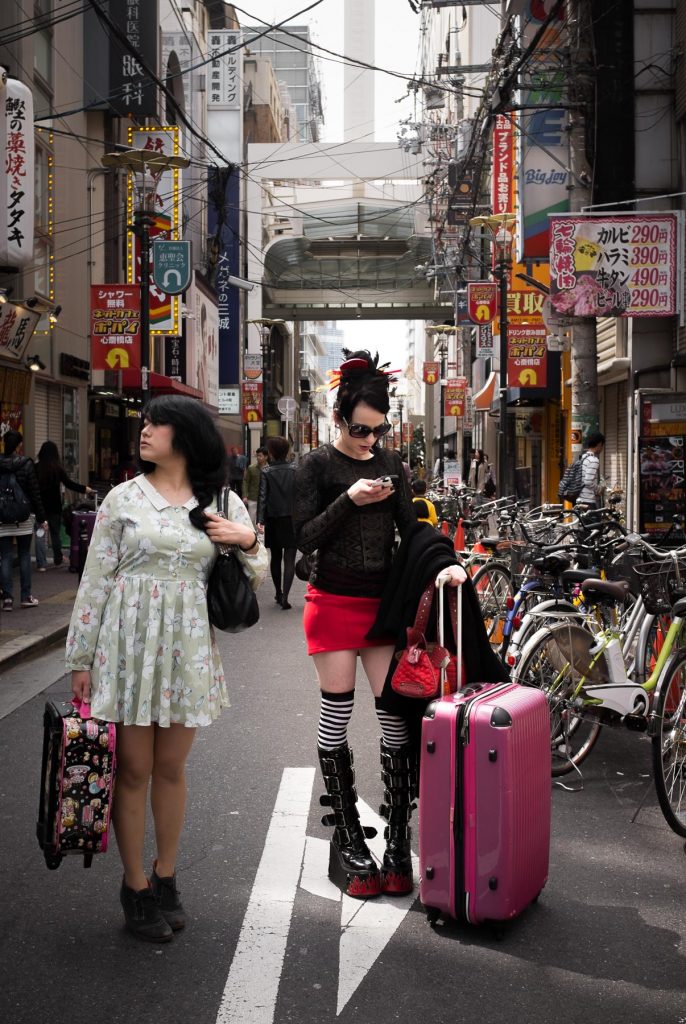 The streets of Shinsaibashi Osaka are layered with a rich selection of bars and restaurants. Milla and her model 此羽（Konoha） double check the address of the event space that they will be performing in. 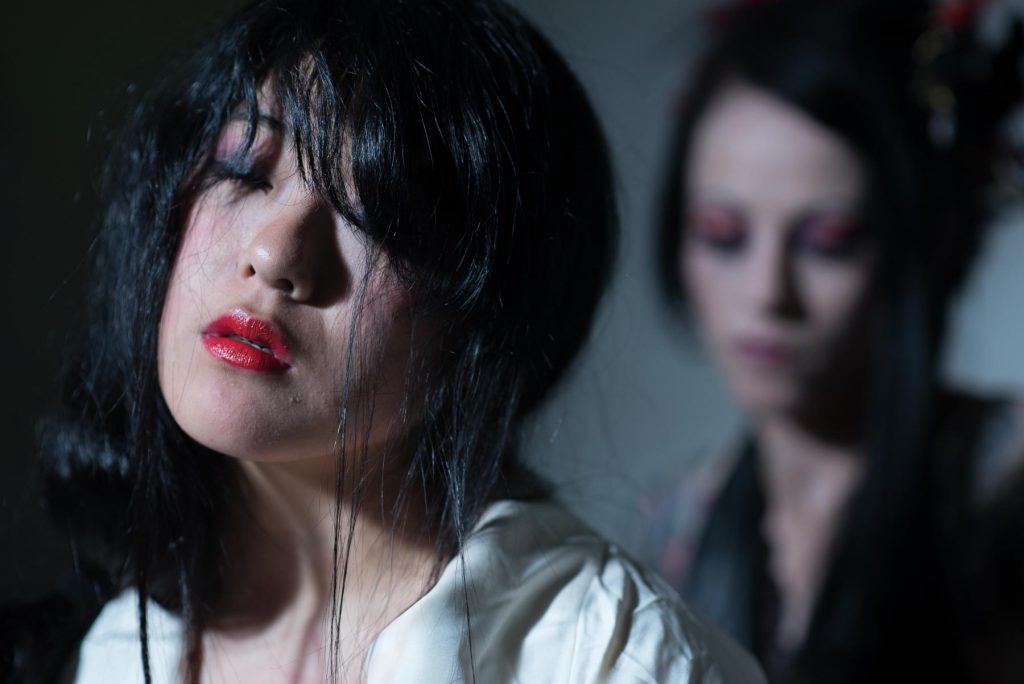 The connection between bottom (the person being tied) and top (the person doing the dying) is paramount. Without that emotional connection a performance would feel cold and mechanical. Shibari very much is like a dance between top and bottom. 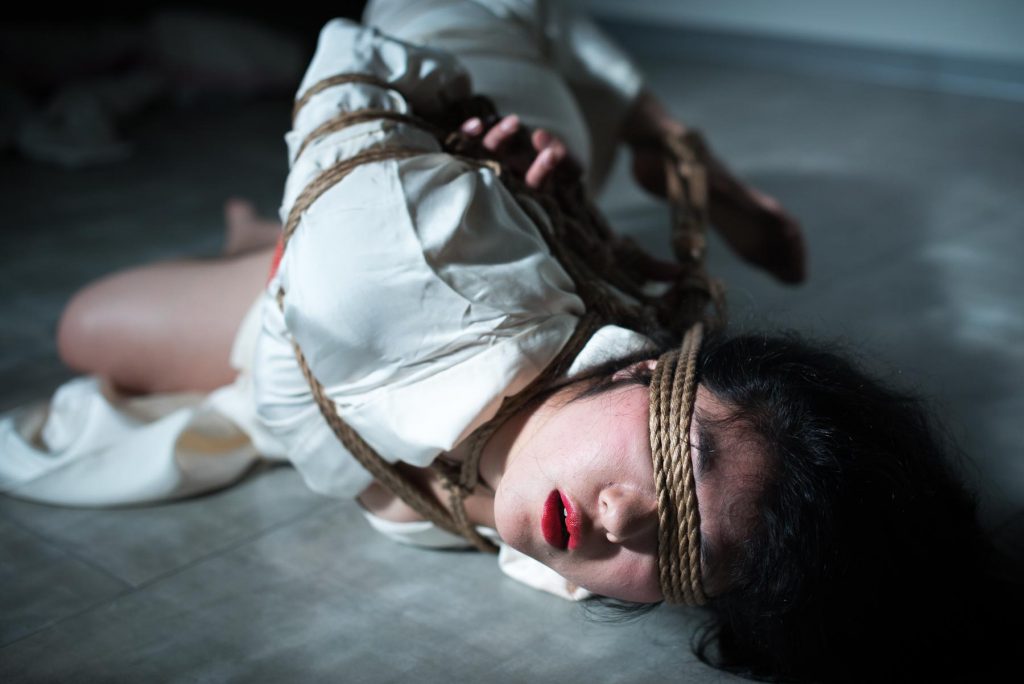 A combination of pain, pleasure and sensory deprivation 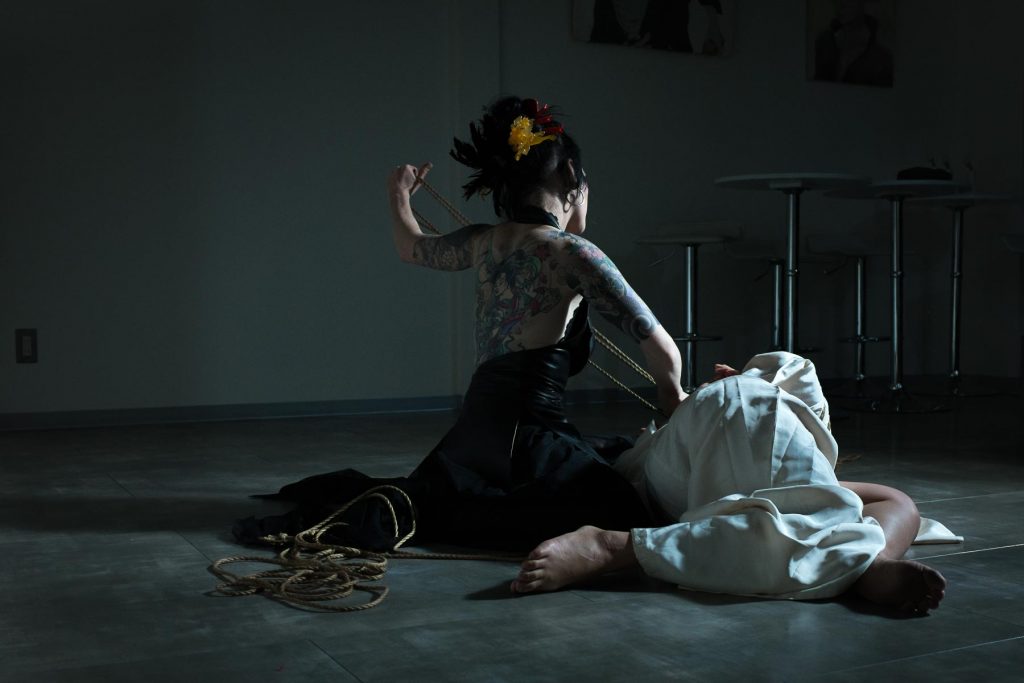 Mila untying her 此羽（Konoha） after after a performance 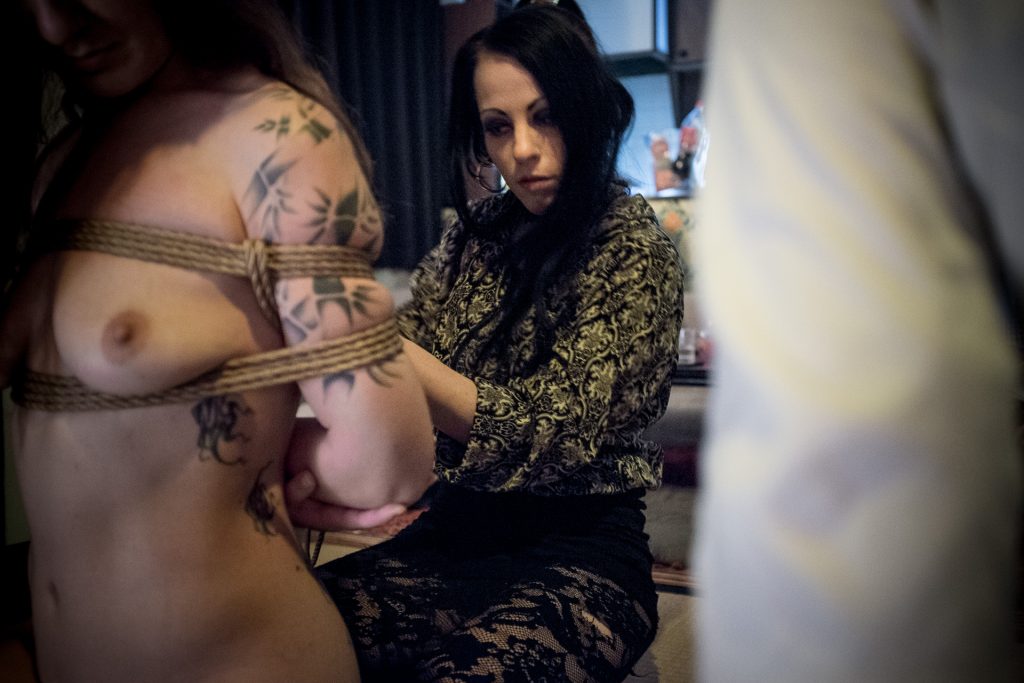 Twice a week Milla runs a rope salon where people can come to socialize, watch performances, learn and practice. Here Milla is demonstrating a variation of a box time for one of her patrons. 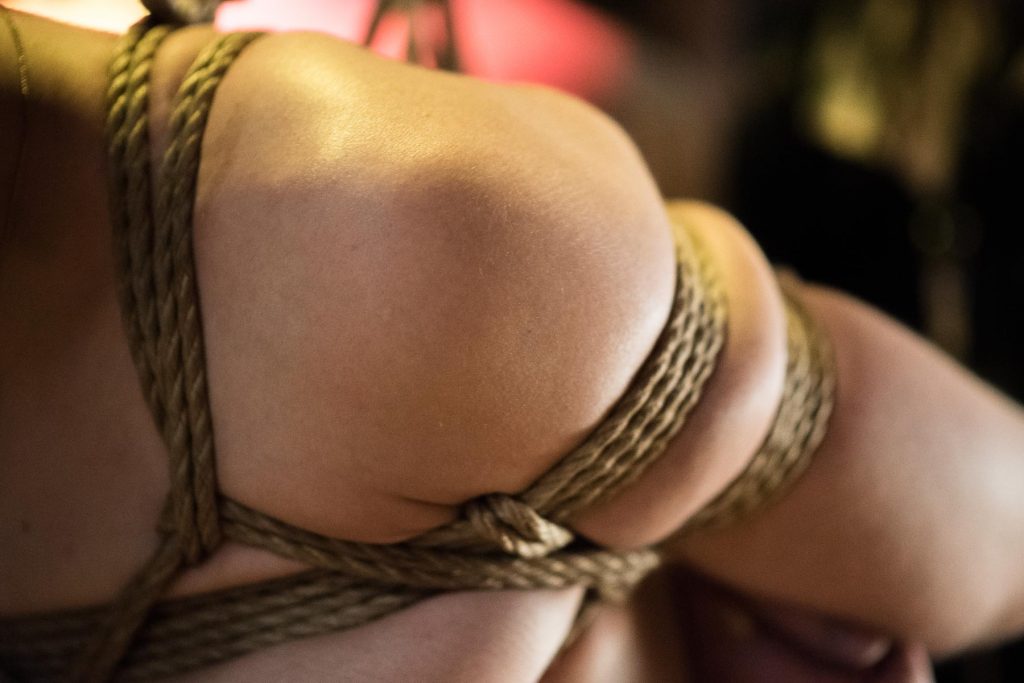 Close up on a of a Takate-Kote tie often this term is shortened in the west to simply TK. 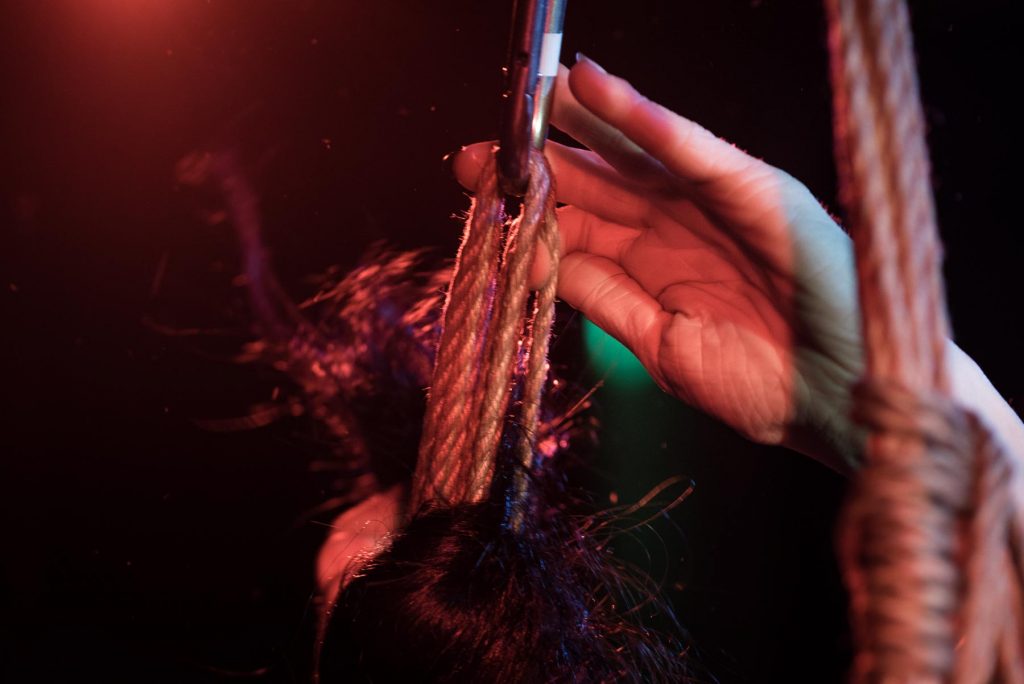 Detail of a carabiner which are often used in suspensions where you suspend part or all of the model above the ground. 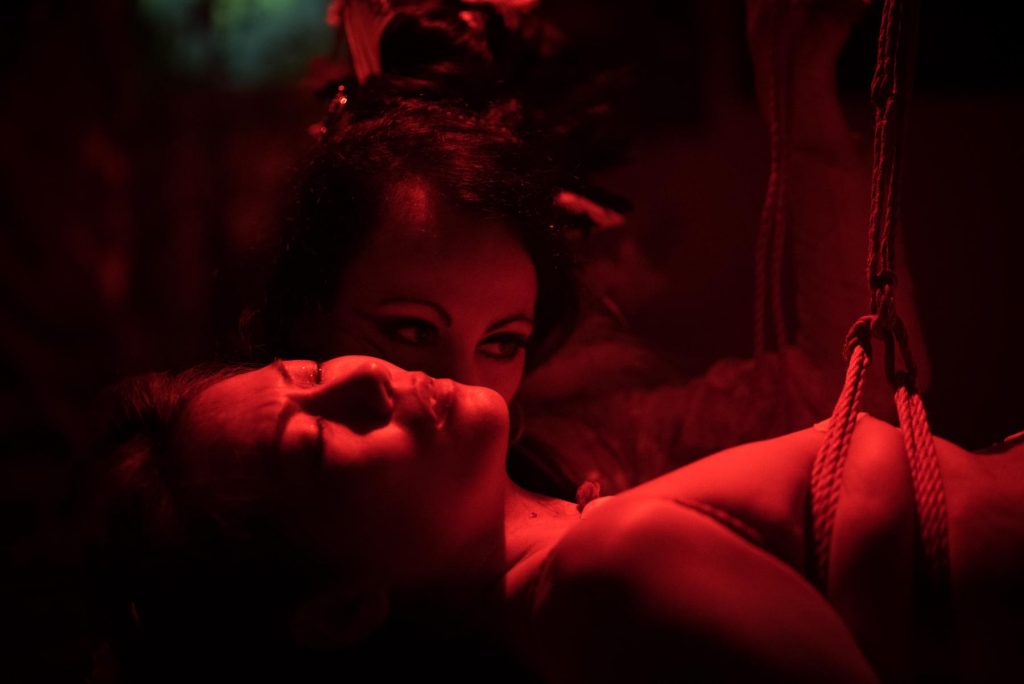 Milla closely inspecting her model and her rope during a performance at a local club in Umeda Osaka. 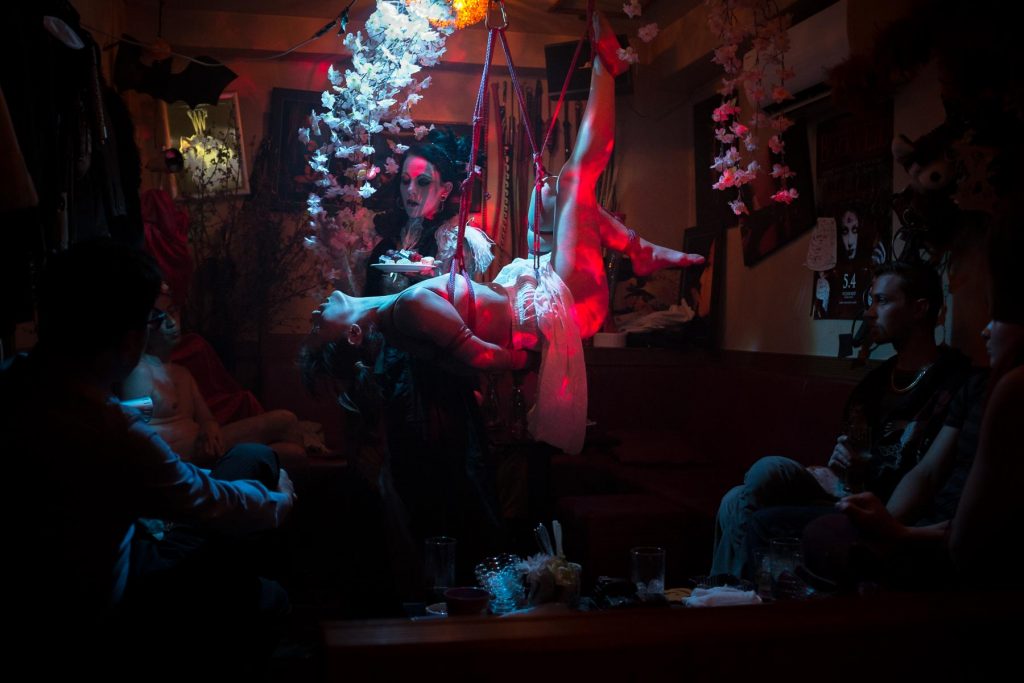 The final act of Milla’s performance this evening is a “nyotaimori” (often translated as “female body arrangement”—is the practice of eating sushi off a woman’s naked body)
In this case she used little desserts instead of sushi and offered them to the crowd.