Copyright © Paul Hillier Photography
by admin, July 5, 2016 , In Behind the Scenes , Cosplay , Fashion

EDI
The Enhanced Defense Intelligence, or EDI (pronounced ‘Eee-Dee’ [ˈiːdiː]) She is an AI/ Android who constantly researches human behavior in an effort to be more human. It was Kiga of Blackwater Cosplay’s love for EDI and her struggles that really started this project back at the start of 2016.

Studio photography is often like a mini movie shoot. The quality of the end product is heavily dependent on the team you bring together. So when Kiga was telling me about her dream cosplay of becoming EDI I saw an opportunity to introduce her to the wonderful people of Kink Engineering. They’ve worked on tones of major Hollywood blockbusters so selfishly I was really assembling my own dream team for a future photoshoot.

We shot on location at “That Toronto Studio” because honestly they owed me a days rental for giving them usage of a black and white aerial photo a while back and they did not disappoint. Accommodating, clean and tones of room I highly recommend them if you’re in need of a portrait studio.

Assistant and behind the scenes photography was done by Brian De Rivera Simon. I first met Brian when he was first getting into photography and wanted to assist on what turned out to be a crazy long video shoot. I think I kind of scared him away from video that day but he’s been working in event photography the past couple of years and I was lucky to have him come on board.

In short, if you want to make awesome photos, work with awesome people. 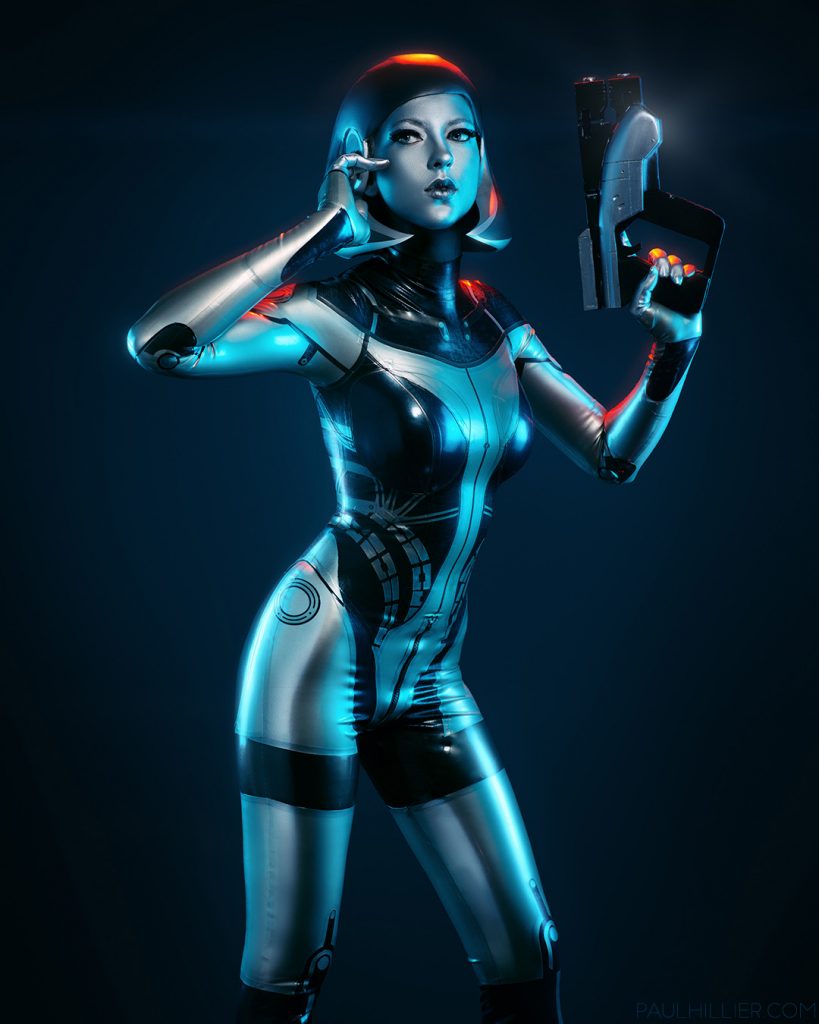 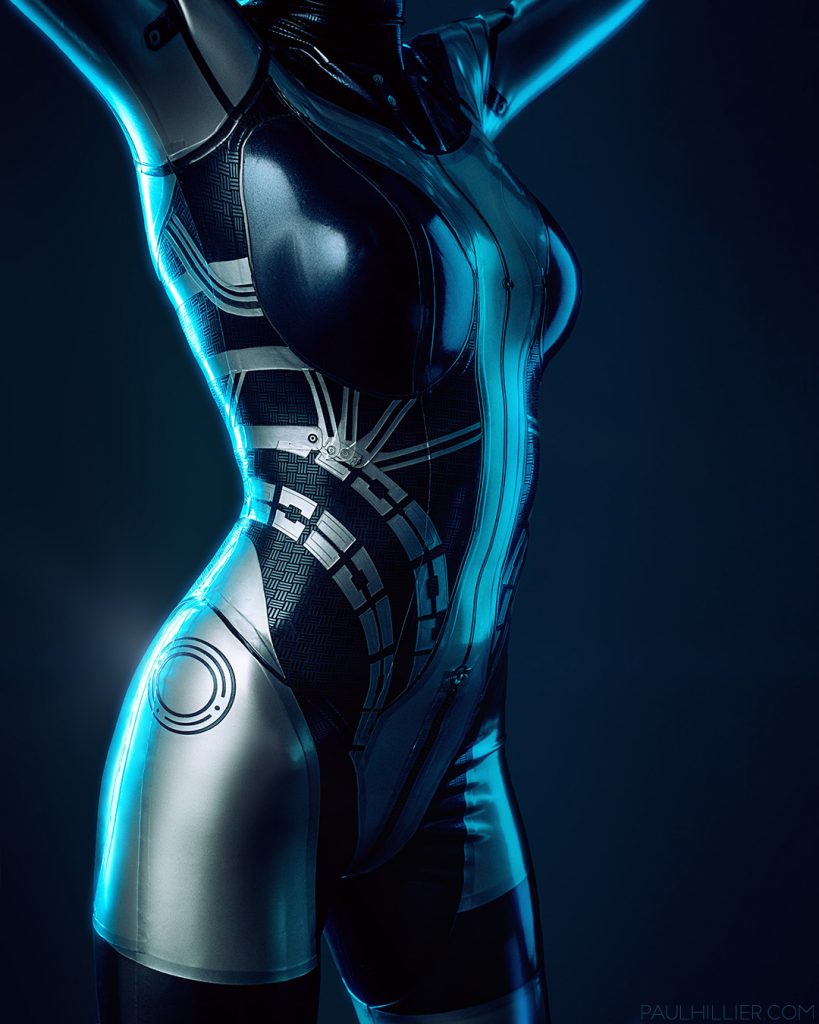 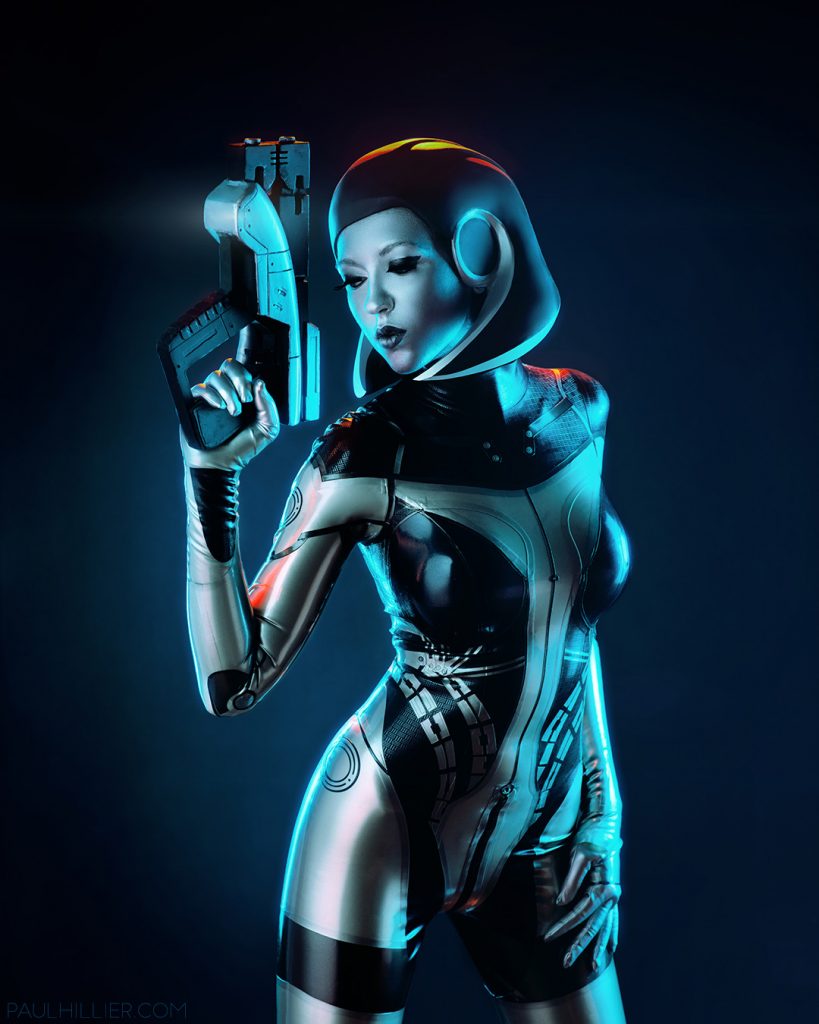 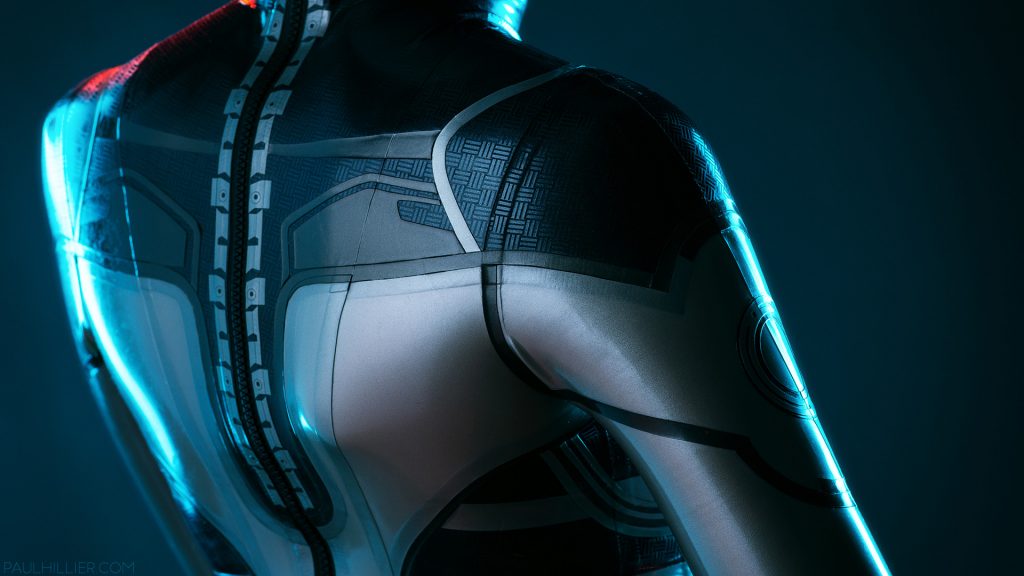 Behind the scene you can see the setup I was using to shoot this project. Latex is notoriously difficult to shoot, It’s all about the reflections so you have to be sure to give it a lot of solid shapes to reflect while still getting the shadow and highlights you want in the skin tones. 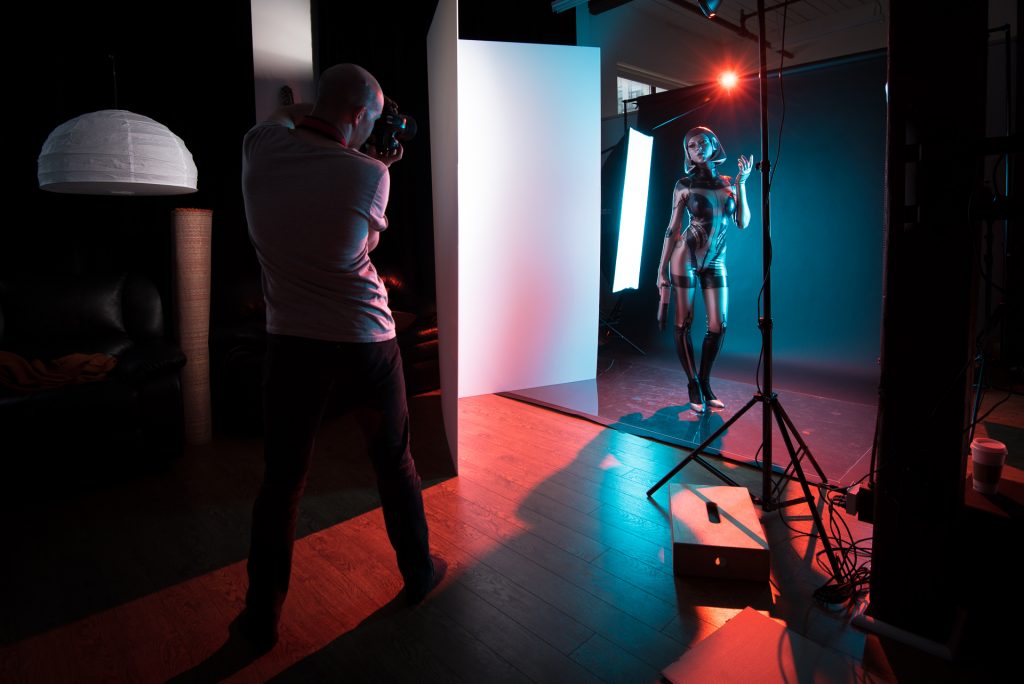 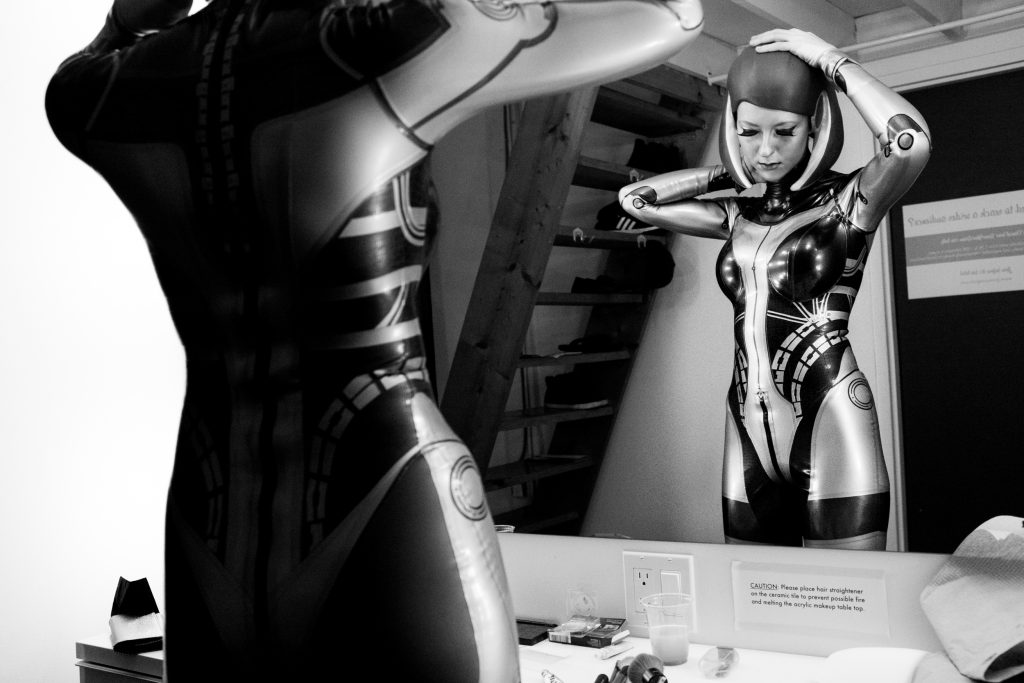 Always review your images with your subject. keep them involved so that you are on the same page. 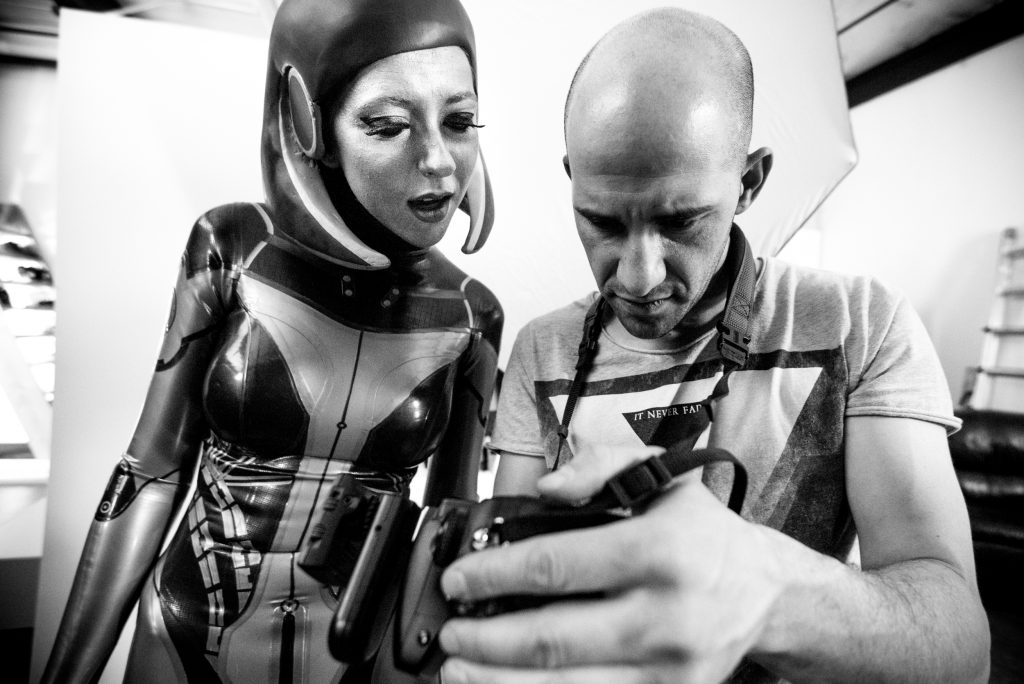 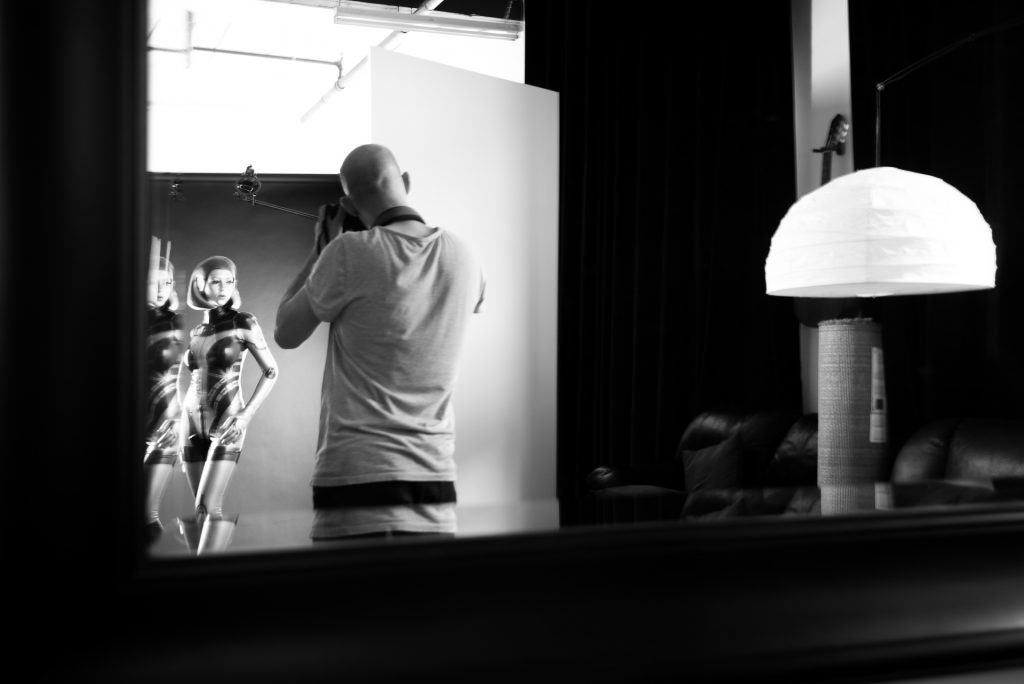 (EDIT: 06/07/16) Additional images from Kink Engineering and Blackwater Cosplay showing the crafting of the EDI suit.
Below you can see the drafting process of the suit but Kink Engineering 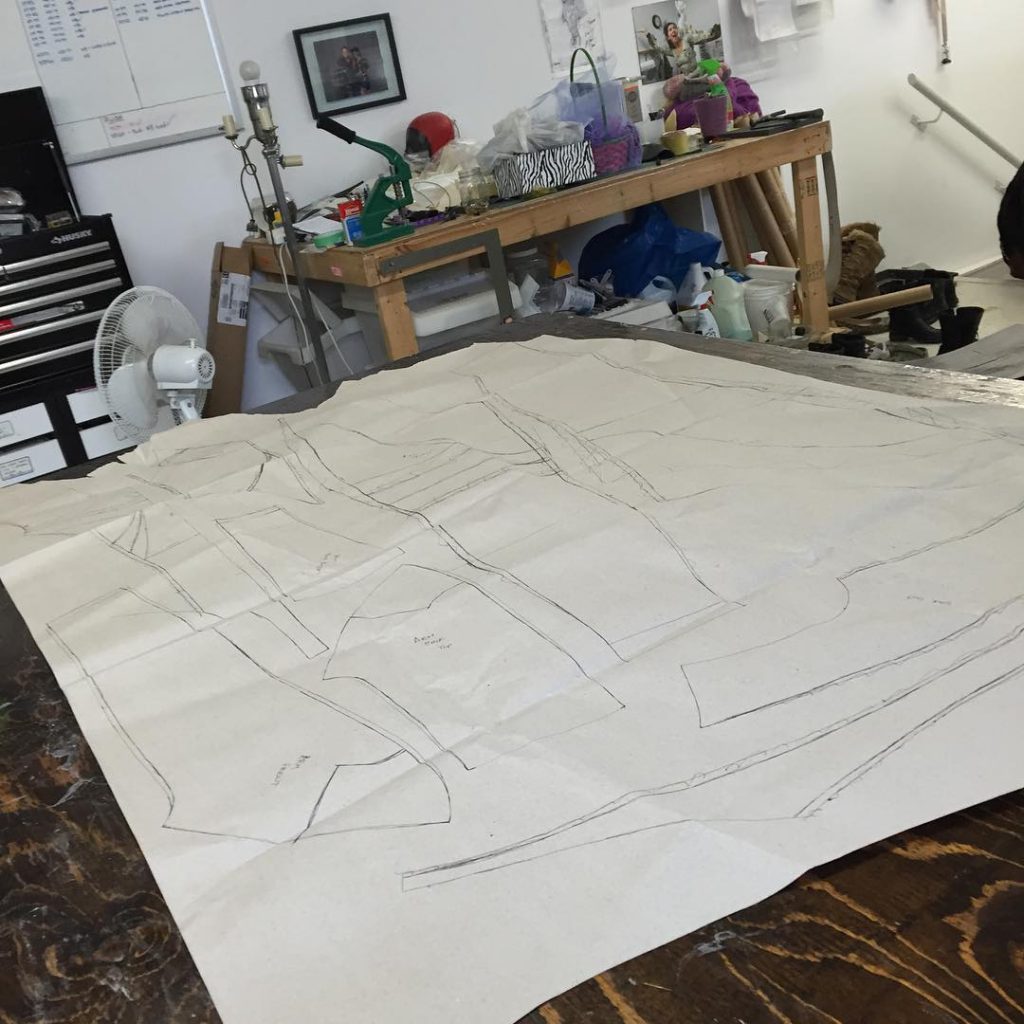 The gluing together layer upon layer of latex creating the suit 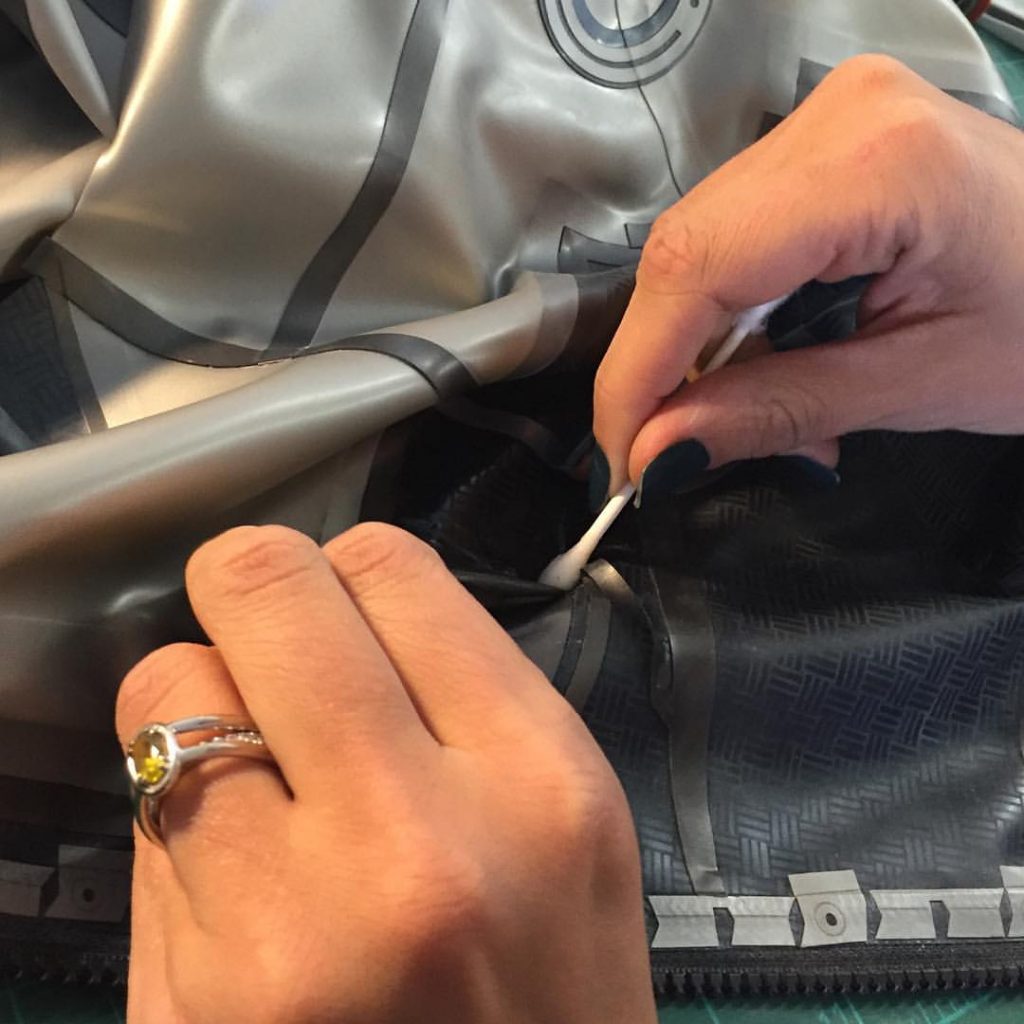 Kiga’s trying on the suit for the first time to try the fit. 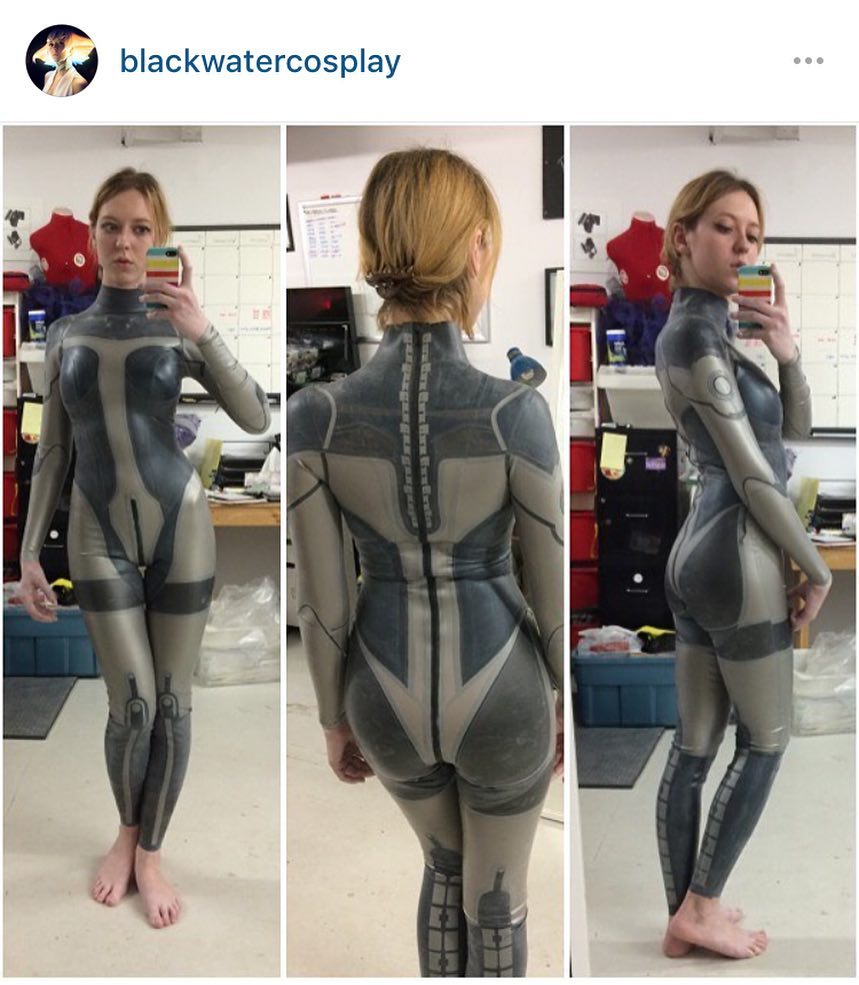