Don’t forget to have fun

Originally posted on PHILEARN.
MICHAEL FRAIMAN Asked me if I had any pointers for people starting out taking cosplay photos for Halloween. I’m including my advice below but check out the advice of others on the original article here:
Awesome Halloween Costume Photo Tips from Professional Cosplay Photographers

Based in: Toronto, Canada
Shoots with: Nikon D850, but I’ll shoot with anything I can get my hands on, including Fuji, Hasselblad, film and my cell phone
Has been shooting since: The darkroom days back in the 90s

Don’t forget to have fun

All the normal photography rules with regards to composition and lighting apply, but everyone has read about those a million times and frankly they are a distant second to the more important element: the subject.

Content is king, and in this case, the content is cosplay – literally  (コスプレ) “costume play”. Your subject has the costume, so you concentrate on the “play” part. Let your subject be the character as an actor would. Give them scenarios to play out and have fun with it. Don’t pose; direct.

Props are a great way to help you and your subject get into character, and give their hands something to do. They’re also a good way to start crafting a story. What are they doing? Shooting a gun, protecting a gem, analyzing an orb or fixing a bike? Especially for people not used to being in front of the camera, crafting a story is a great way to get them in the right mindset.

Let the setting be a character your subject can play off of. Engaging with your surroundings grounds your subject and makes them feel like they are part of a bigger world. Don’t be afraid to really pull back and let your setting take center stage to help tell a larger story.

Too many people nowadays forget the “play” part of cosplay, so when taking pictures this Halloween, don’t forget to have fun with it. 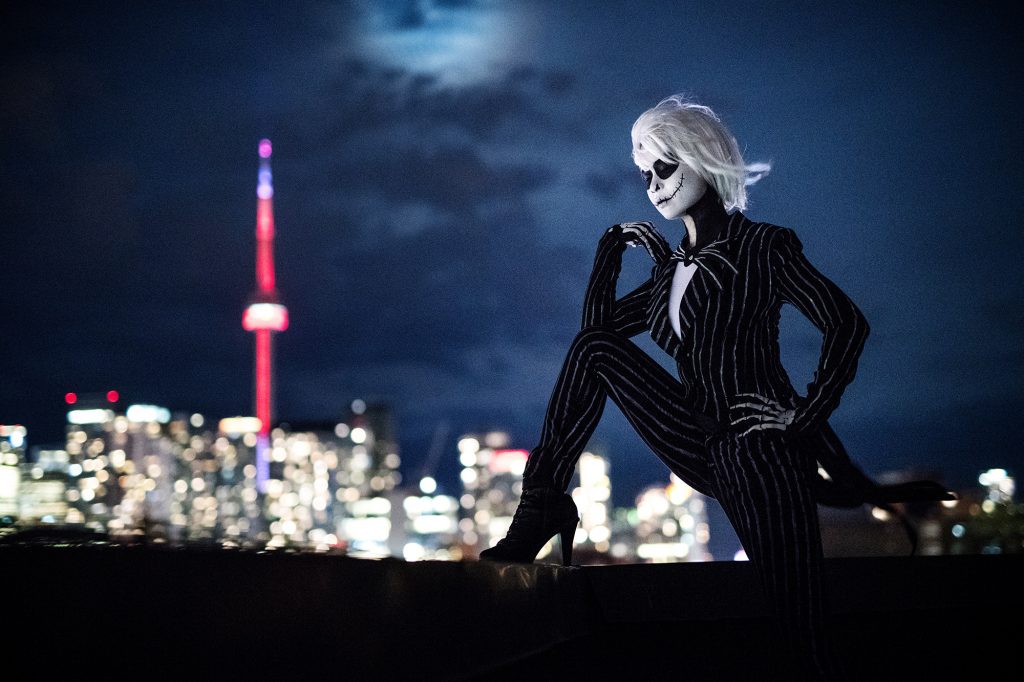 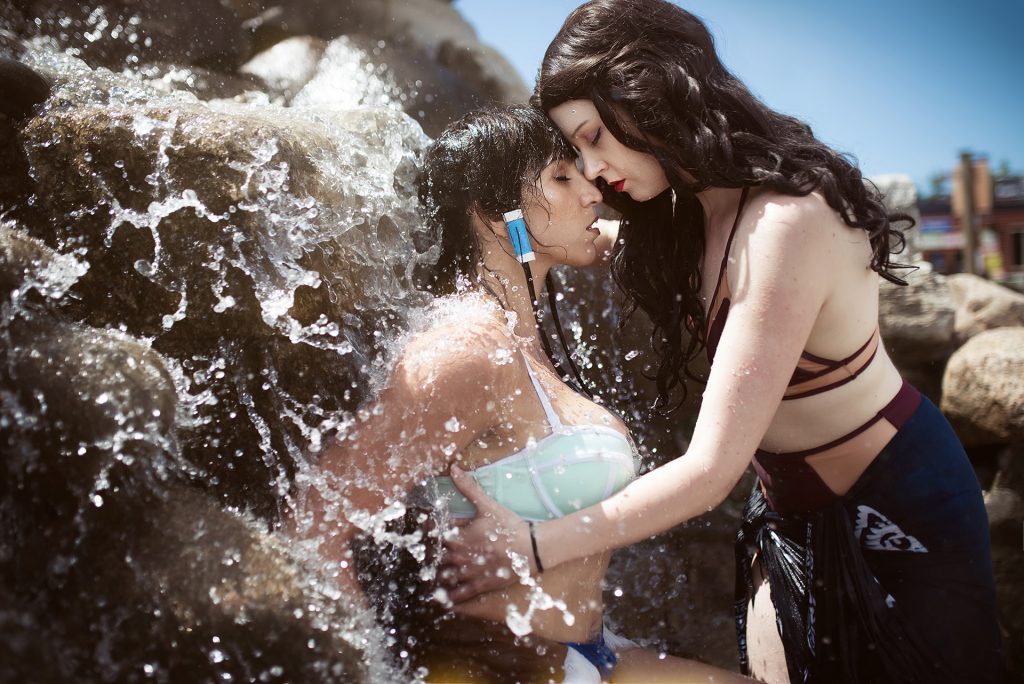 Yvonne and Tera : Korra and Asami from The Legend of Kora 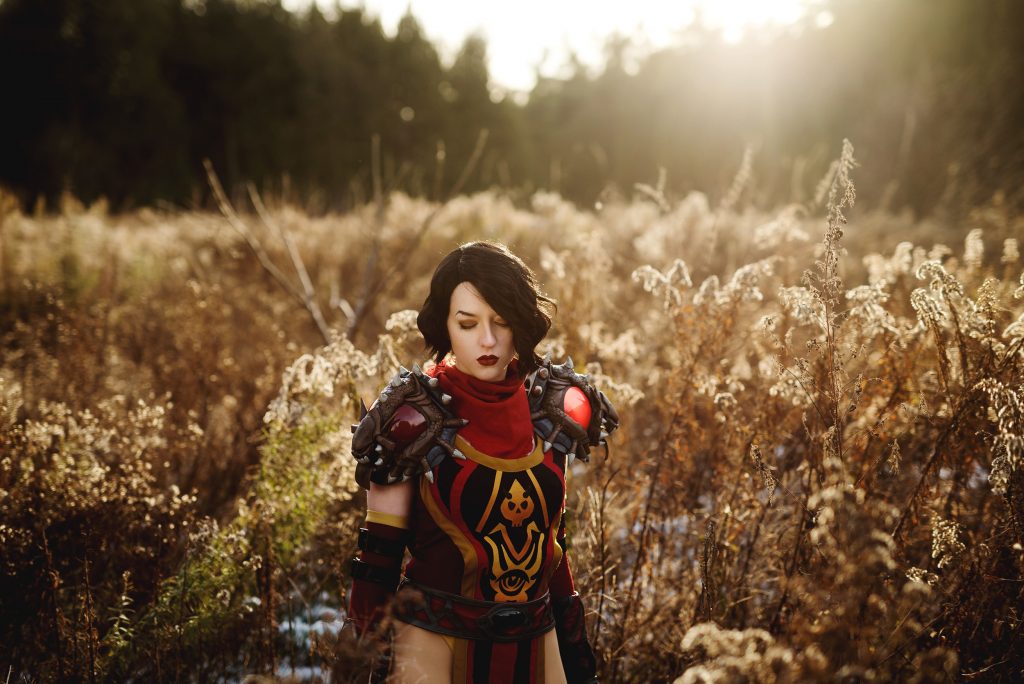 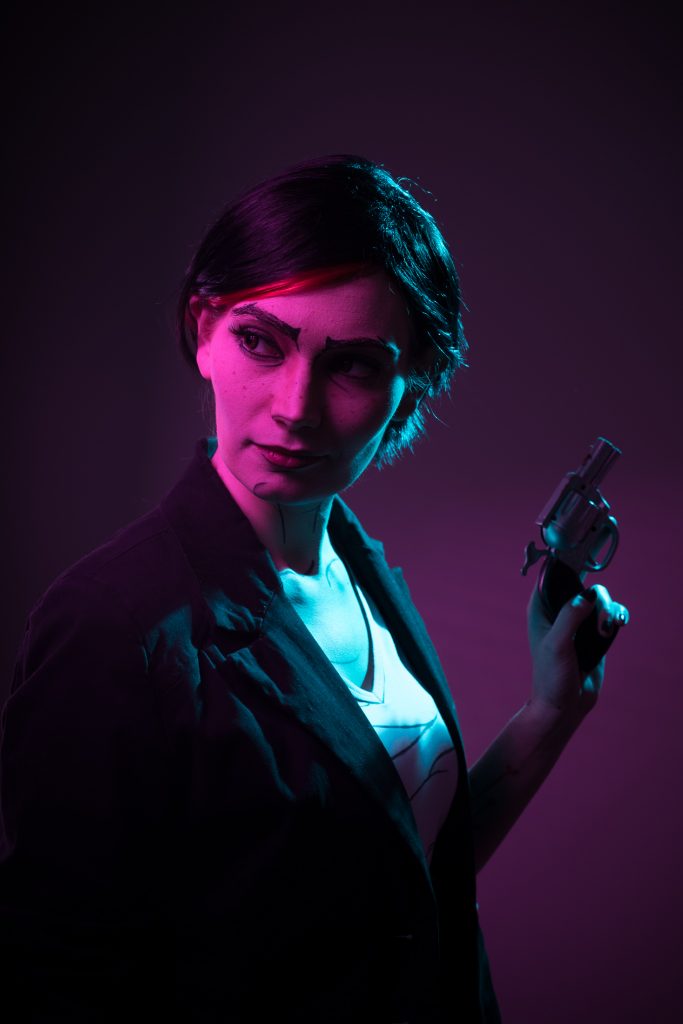 Jen : Bloody Mary from The Wolf Among Us 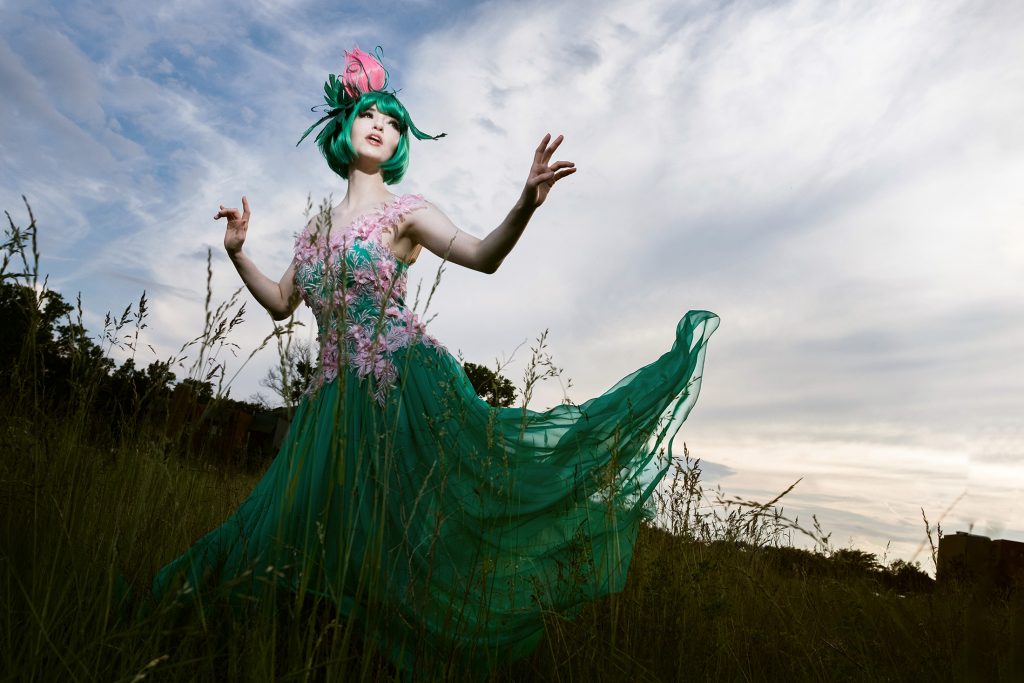 Stella Chuu : Valus from Shadow of the Colossus 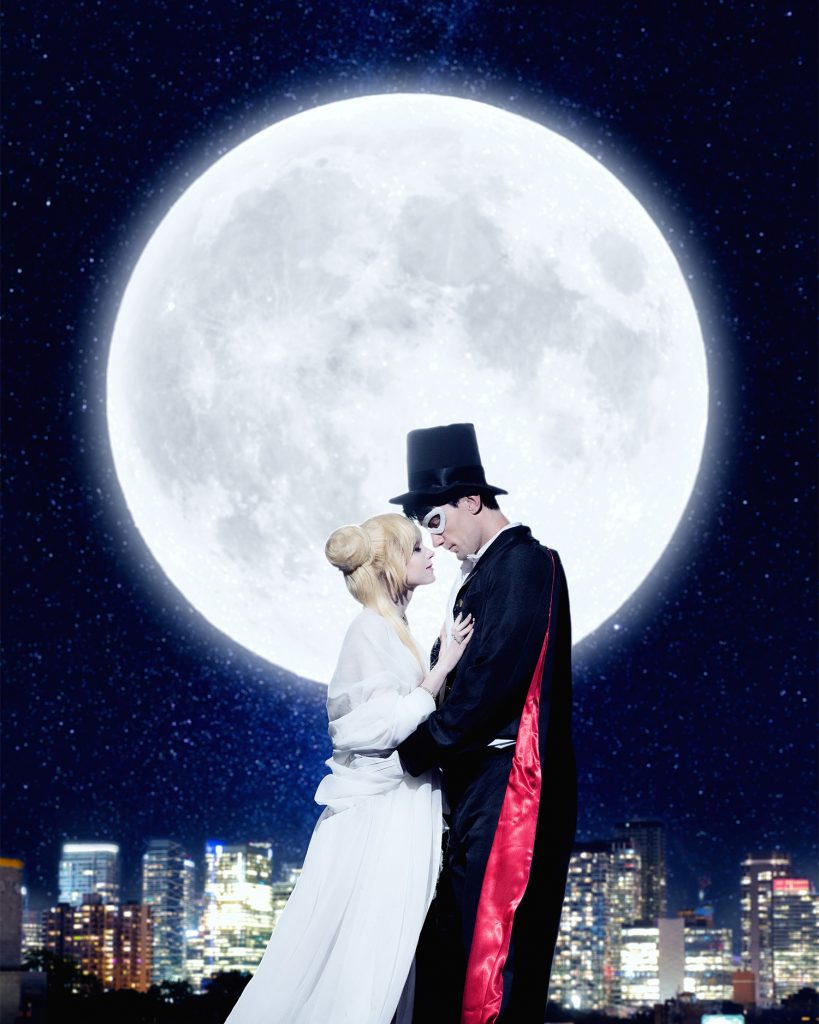 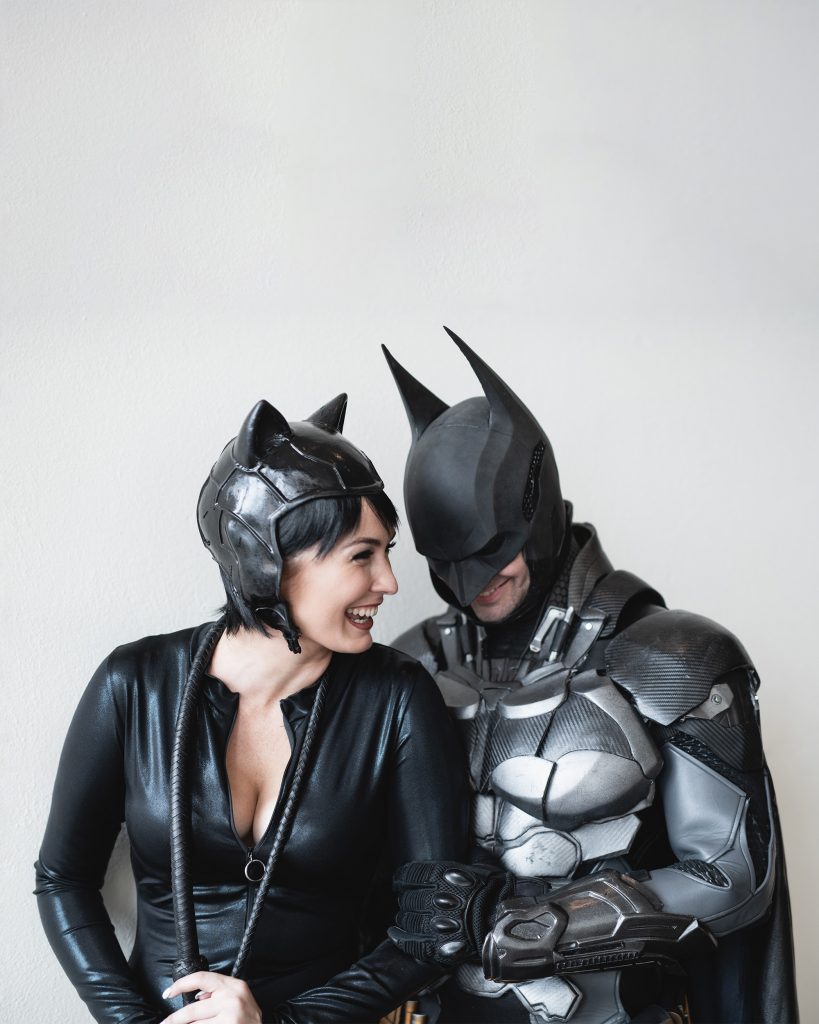 Brendan and Fitzkayy : Batman and Catwoman