An American Hermit in Japan

In 2005 I moved to Japan in part to escape my corporate cubicle life and in part because I believed that in order to become an interesting person I had to do interesting things. I don’t know if I’ve ever become that interesting of a person but I have had the opportunity to meet some pretty interesting people including one Ben Roberts.

He moved to Japan with his parents at age 4 and settled in Karuizawa, Nagano by junior high. He grew up speaking English at home and Japanese outside with friends similar to how many Asian kids do in small town America. Now days Ben still chooses to stay in Nagano. It’s beautiful here. His family is close and he’s able to work enough to survive and still have time enough to develop his photography.

2016, I’m standing around Karuizawa Shinkansen Station, waiting for  Ben to pick me up in his very  Japanese microvan. After Catching up he introduces me to Kusatsu. A town that embodies his two loves, Photography and Onsen (hot springs) We’d shoot until we got too cold and then we’d jump in an onsen. Rinse and repeat all day until going back to Ben’s Place.

His home consists mostly of an unmitigated collection of old film cameras and a poodle named Linus. The kitchen is used more for film development then it is food. Photography is a big part of his life, stating that the world would probably just pass him by if he didn’t have a means to capture it.

The next day we end up exploring some Haikyo. (Abandonment) We find an old train line that used to run between Tokyo and Karuizawa before the Shinkansen was built for the Olympics in 98. Being quite dark in areas Ben still insists on using film. When asked he admitted that he probably should get more into digital except that he’d feel like he’s missing out on the opportunity of shooting “it” with film. “It’s a feeling thing” he says.

I get that. There’s a feeling In Nagano that’s different from the rest of Japan and Japan different than that of Canada. We finished the day and my return visit to Nagano by chilling in a passed season plum blossoms fields.  I don’t know if I could live this kind of lifestyle everyday myself, I love the city too much but it definitely beats a cubicle. 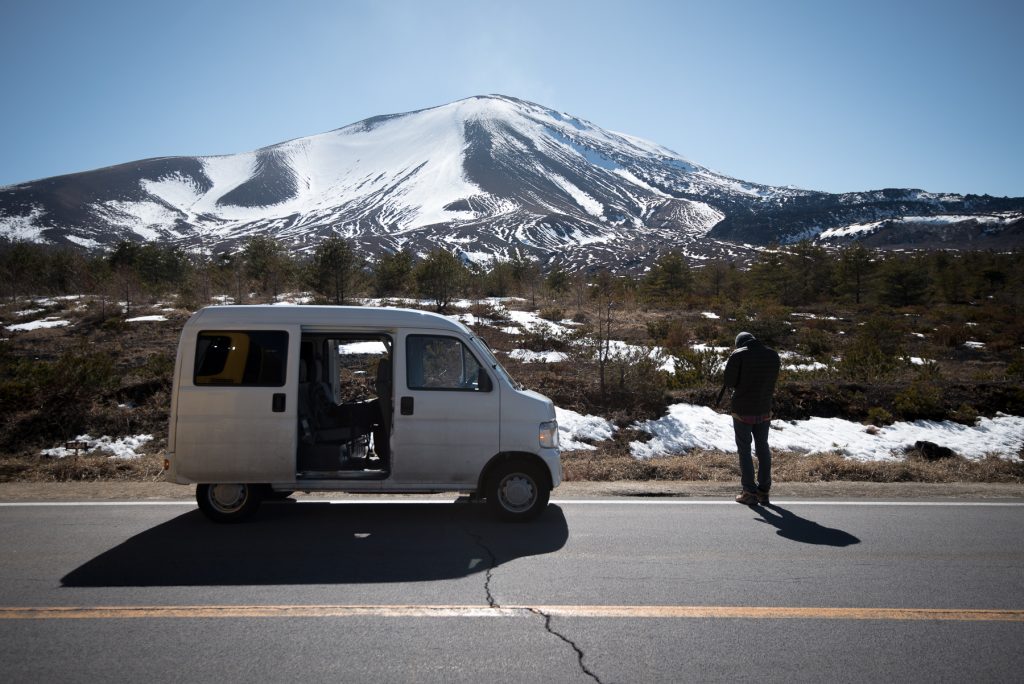 Ben stops on the side of the road at the base of the active volcano Asama Yama to take a picture. 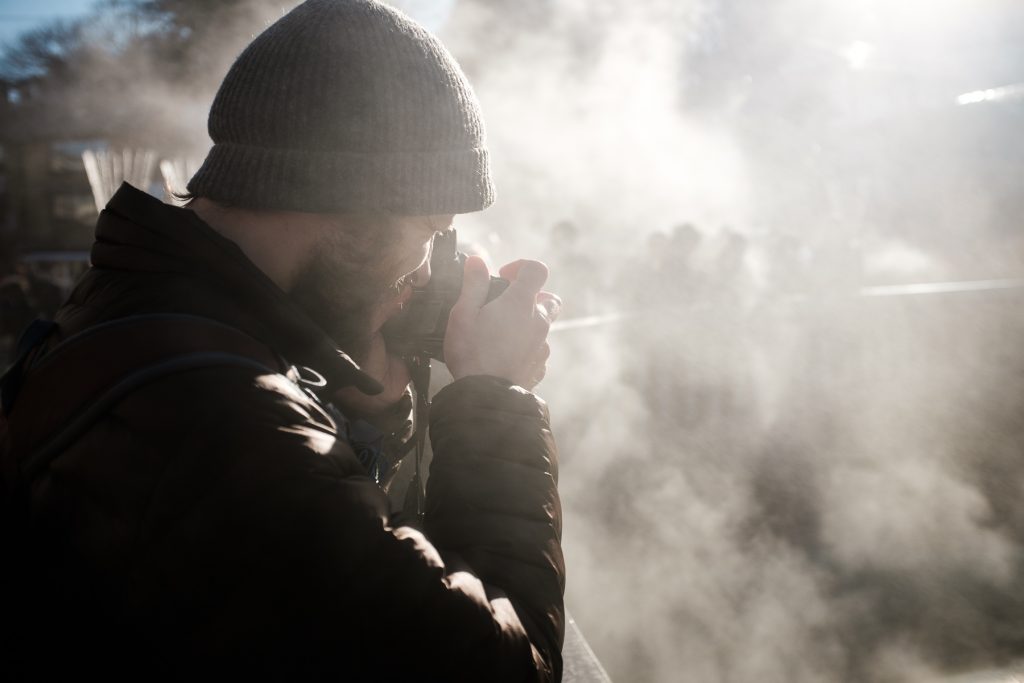 Ben photographing the main pool in the onsen town of Kusatsu. 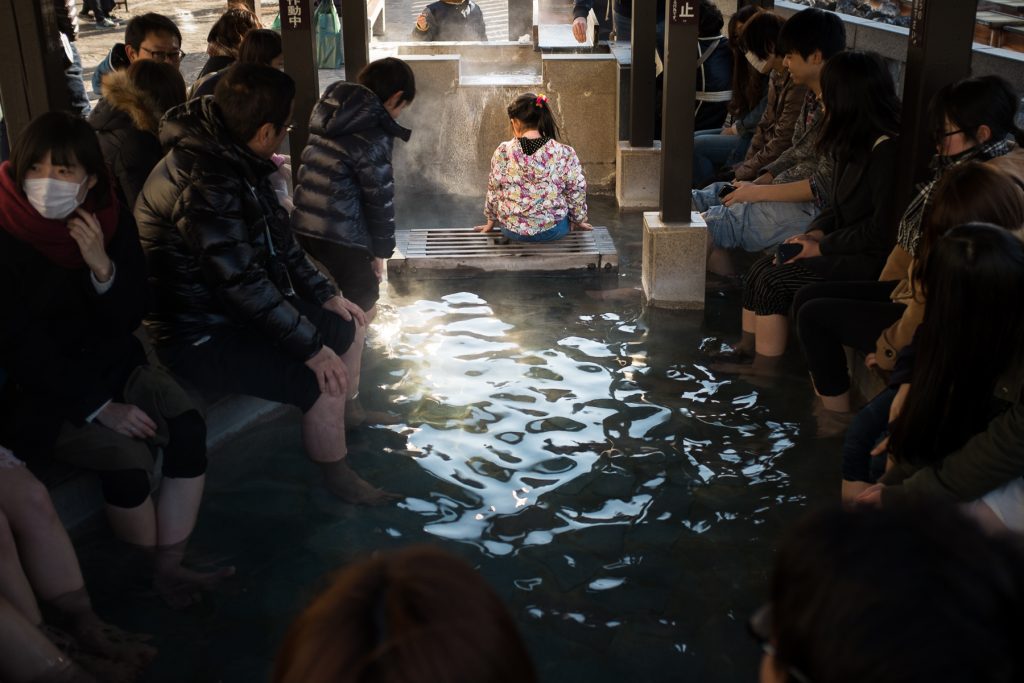 One of many free to the public onsens in Kusatsu. 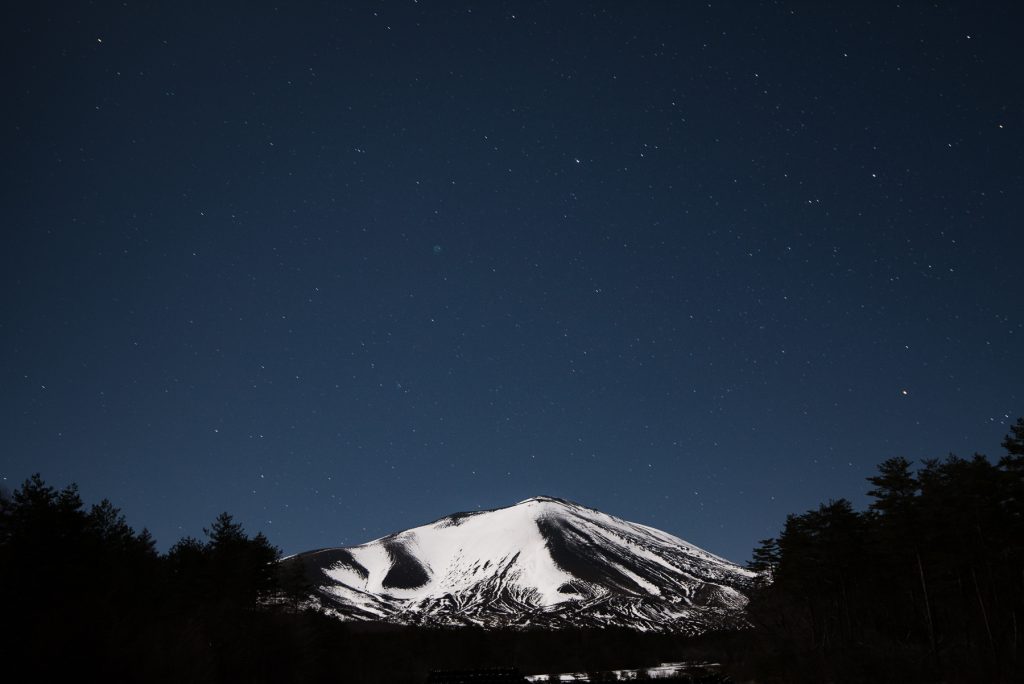 The view from several stops by the side of the road on our way home from Kusatsu. 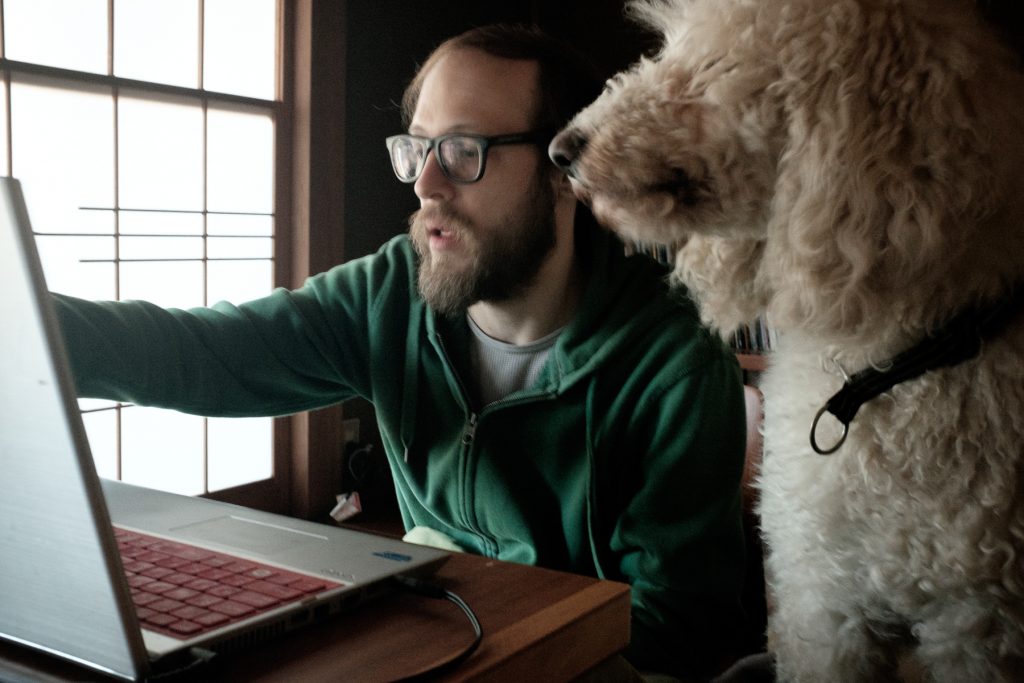 Ben and his puddle Linus. 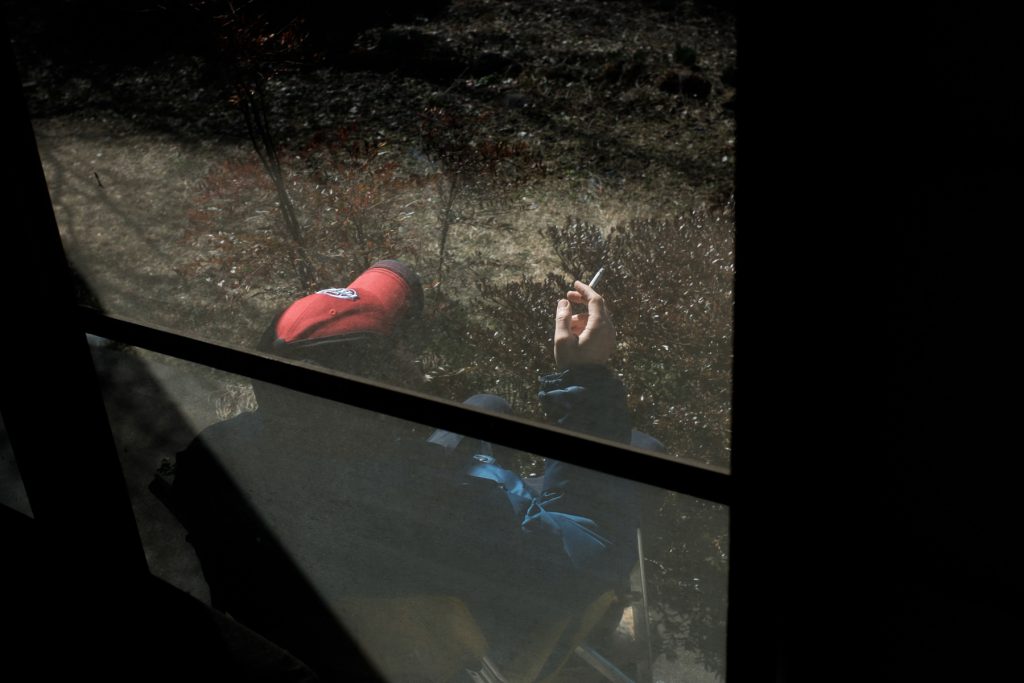 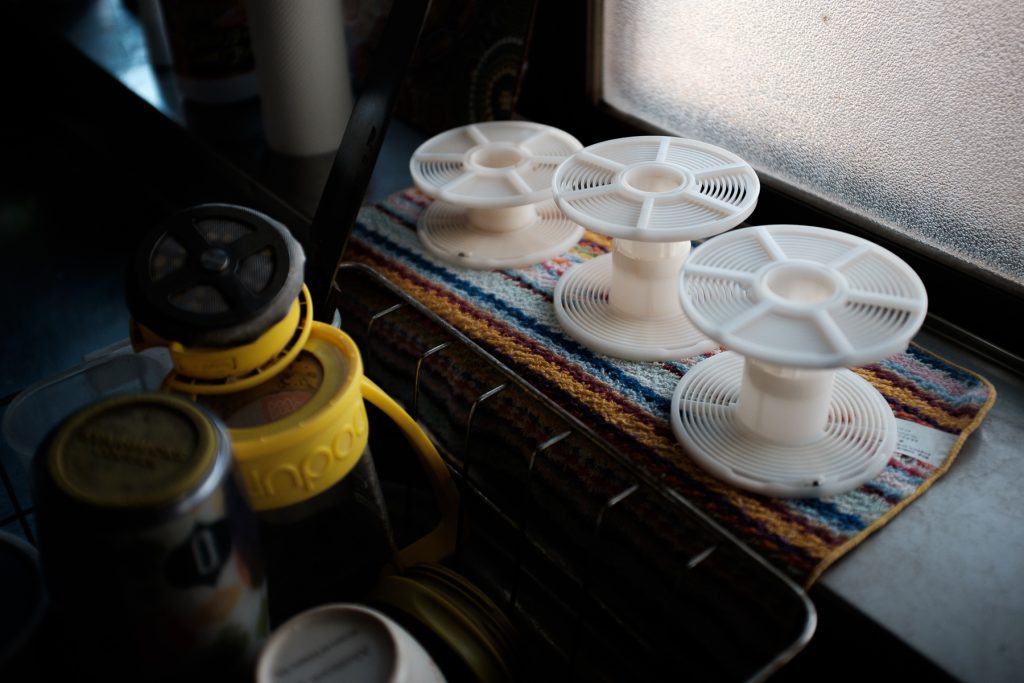 Film spools used for developing film in his kitchen. 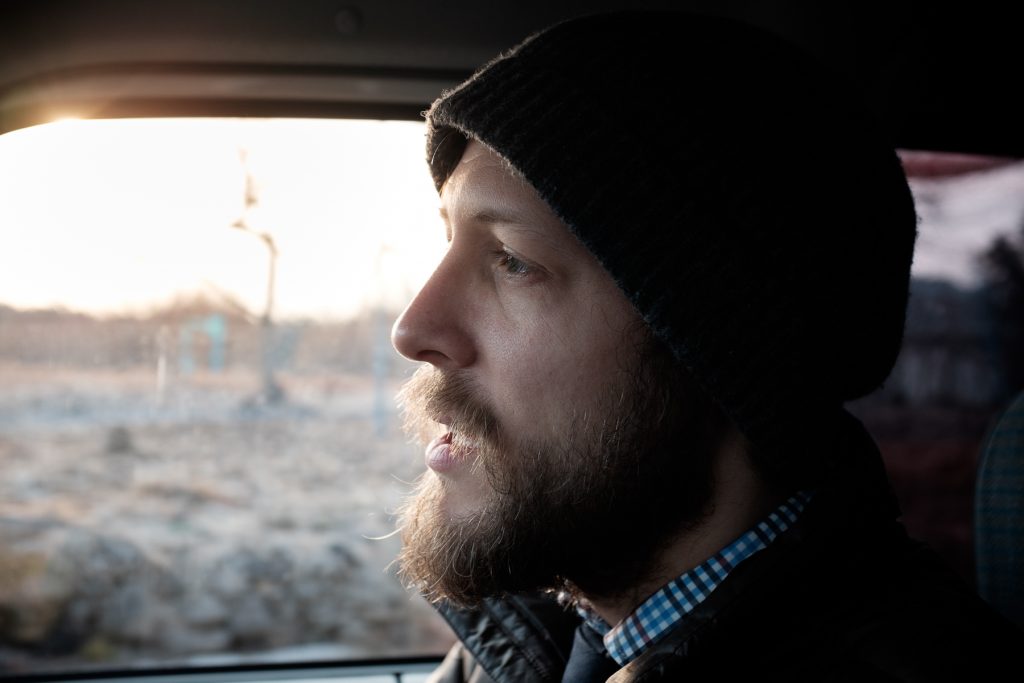 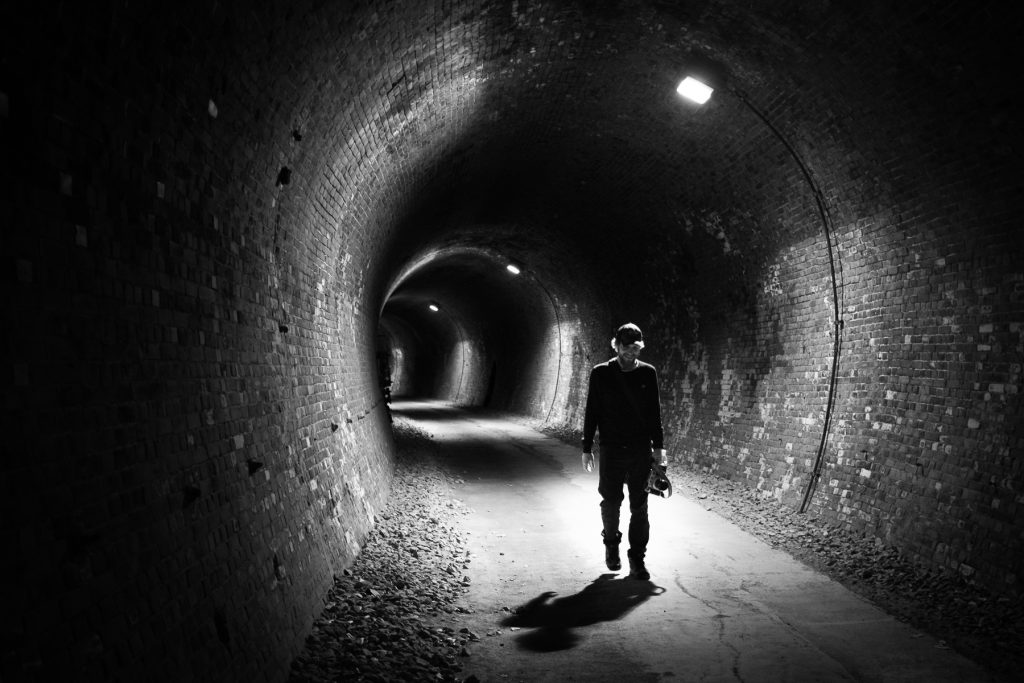 Before the shinkansen this tunnel was used for the local train running between Tokyo to Karuizawa. 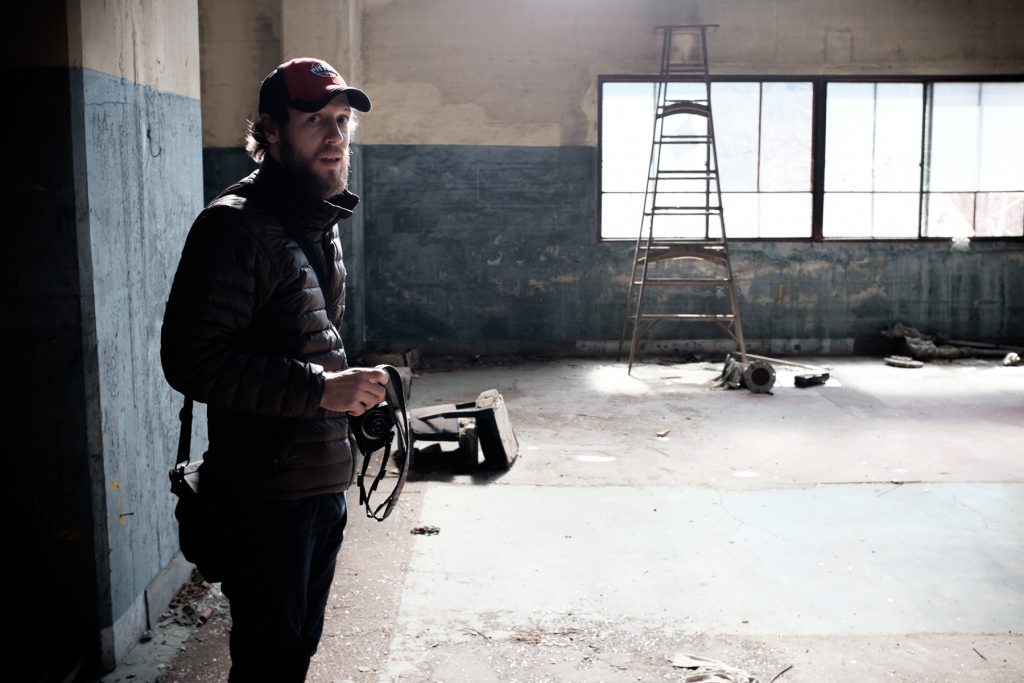 An abandoned power station for the now defunct train line between Tokyo and Karuizawa. 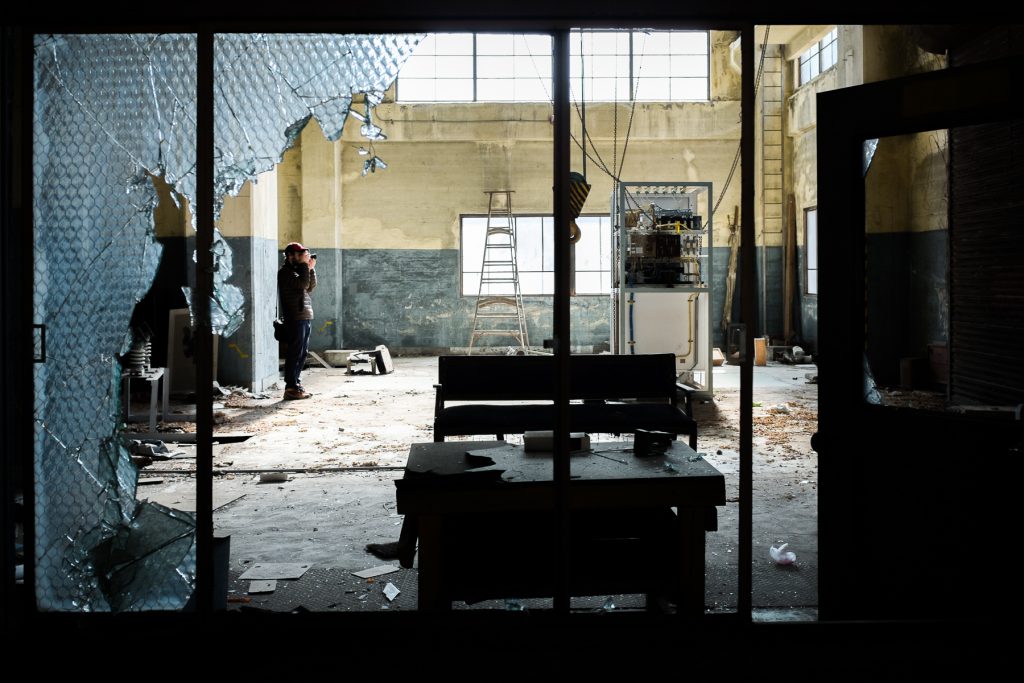 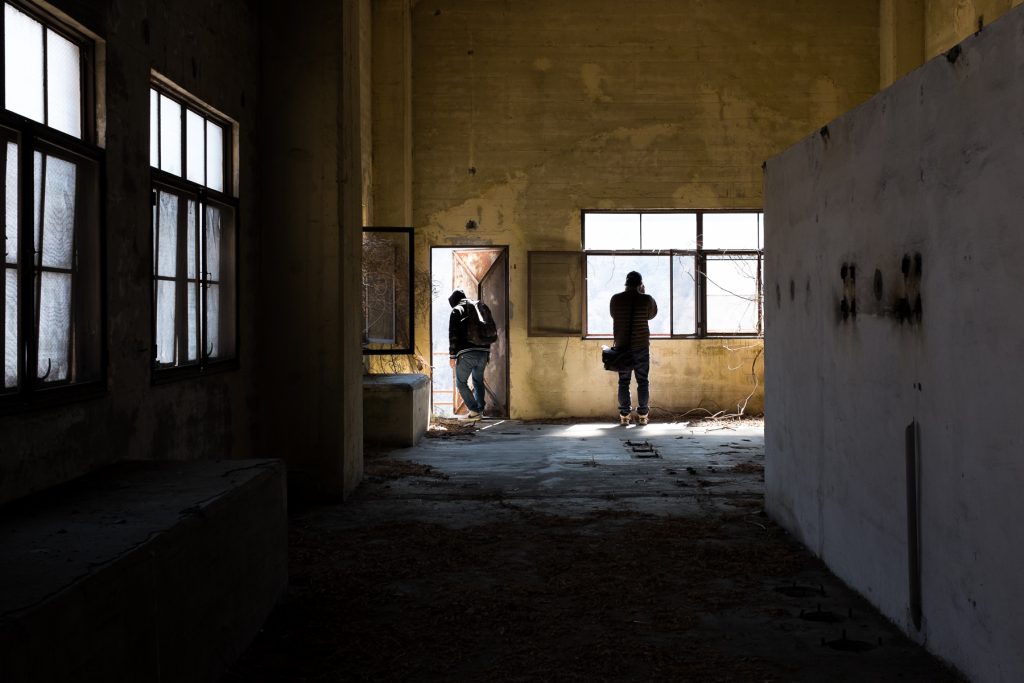 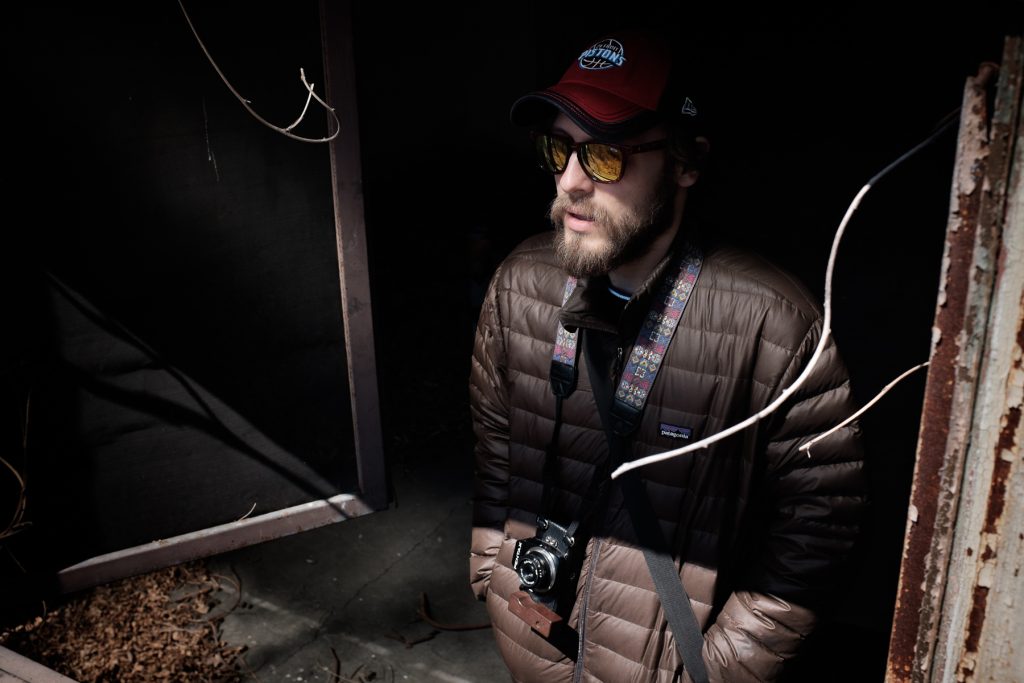 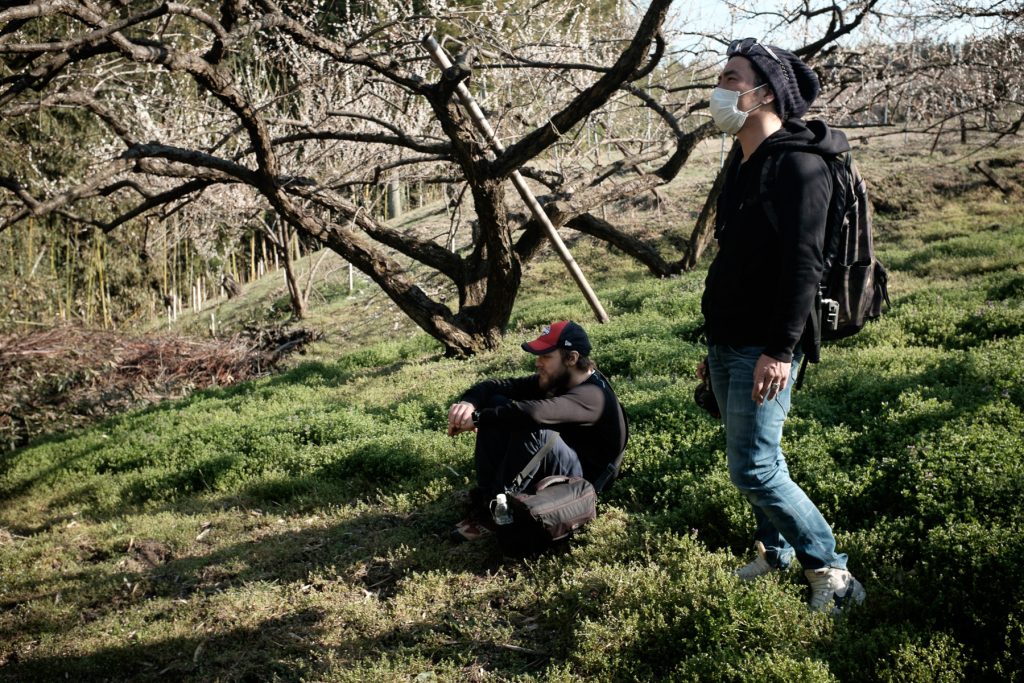 Ben and his friend Miichi taking a break in plum field. We had hopped to catch some of the plum blossoms but they were mostly gone by the time we got there. Plum blossoms usually bloom a few weeks a head of the cherry blossoms.

The following are a few samples of Ben’s own work that you can find on his Instagram or Flickr accounts. 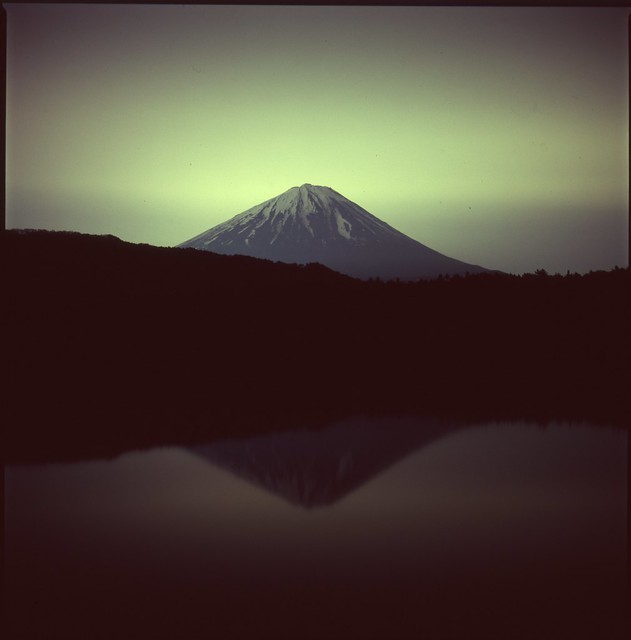 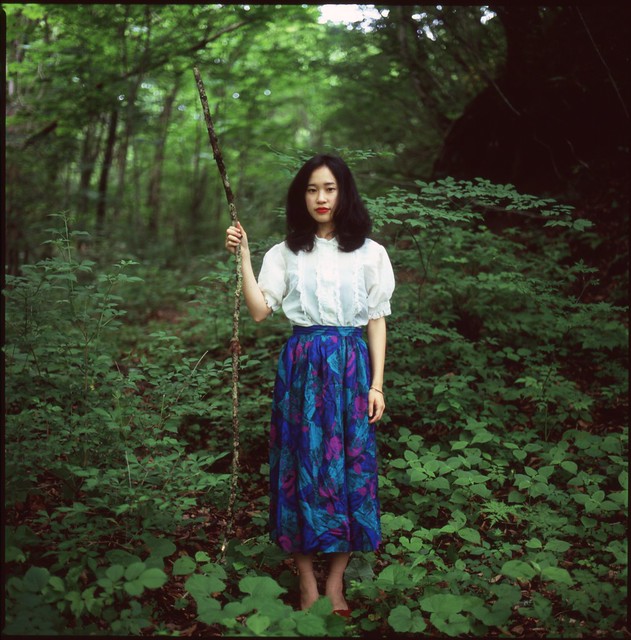 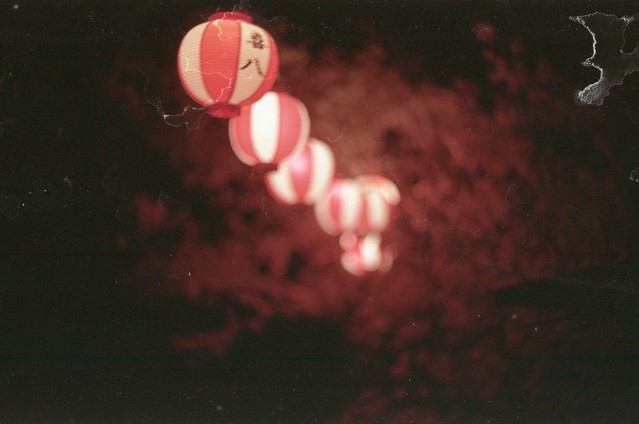 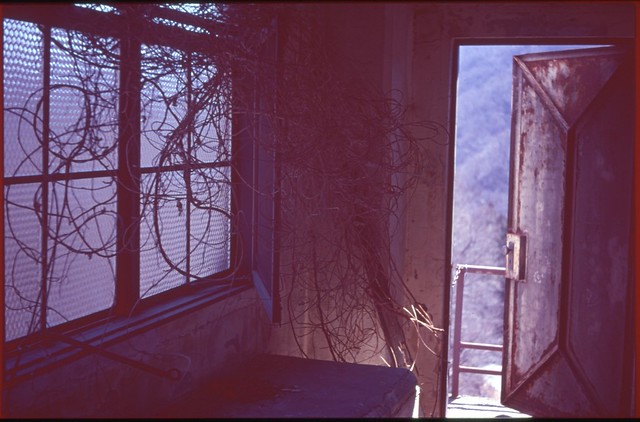